Films and TV shows can be great tools to help you become a more competent speaker of another language. By captivating your attention and arousing your curiosity, these formats can instil a positive attitude towards learning. They can also help you be a more active participant and keep you motivated to spend more time on language-related tasks.

There are a host of wonderful and gripping series and films available at our fingertips, from Netflix’s Spanish drama La Casa de Papel (Money Heist, which is the streaming site’s most watched non-English language show) to film classics like Federico Fellini’s La Dolce Vita or last year’s Oscar winner, the Korean film Parasite.

Learning a language this way, however, is easier said than done. I’m sure many of us have made it to the end of a gripping Scandi noir without actually learning much. So here are four tips to help you make the most of language learning through TV and film.

Perhaps one of the greatest benefits of using film and TV to learn another language is that learners are provided with a visual context, which supports your learning by providing a visual framework the language can cling to. For example, films can help people understand foreign words and phrases by giving them various visual and auditory clues such as facial expressions, body language and paralinguistic respiration (gasps, moans, sighs). 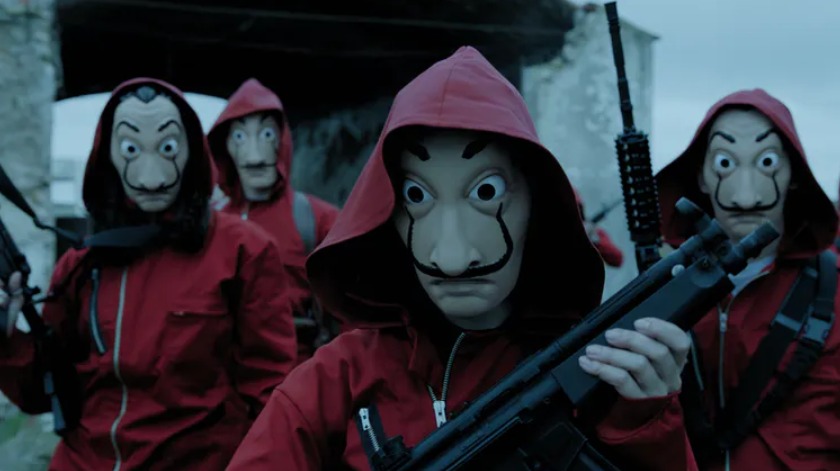 These clues can enhance the learners’ listening comprehension, and support the verbal language projected in films. Watching a scene without subtitles, you may understand a few of the words but with the help of visuals, you can grasp what’s going on, as they fill in those gaps in language.

Film and TV are more than “visual” mediums, however. Sound is quite an important component for mood and narrative progression. Changes in music, background sound or use of effects allow learners to make predictions about the development of the plot and the language being used.

A very useful technique to help develop listening skills would be to ignore the visuals and describe the characters and the setting based on the sounds you hear. You could also use language features such as the inflexion, pitch and intonation of the voice to identify the emotions of the characters. This not only increases your exposure to the new language but helps you understand how language and tone vary in certain emotional situations.

In conventional language learning coursebooks and texts, the conversation can seem somewhat contrived. “How are you?” says Paulo to Juan, who responds “I am good, thank you.” In real life, people don’t tend to speak in such simple or straightforward ways.

Through film and TV, you are exposed to the features of natural conversation across situations and the more communicative functions of the language. This can help you acquire a more natural speech flow by imitating natural language expressions. It will also teach you more about proper intonation and articulation.

Through exposure to dialogue, you are also introduced to real-life conversation and everyday-language and vocabulary. So film and TV are authentic sources of varied language, providing learners with samples of language in context – the things people really say outside of the classroom.

While learning the grammar and vocabulary of another language is incredibly important, film and TV also introduce learners to how language is actually used. For instance, watch the French comedy Dix pour cent (which means 10% but is known to English audiences as Call My Agent) and you’ll learn that there are many meanings for the term “n’importe quoi”. Depending on the tone of the speaker and context, this brilliant phrase can mean “anything”, “whatever”, “nonsense”, “rubbish” or even “bullshit!”

This article was originally published in The Conversation on 14 January 2021. It can be accessed here: https://theconversation.com/profiles/neophytos-mitsigkas-1186162

I worked as an EFL and ESP Lecturer at the University of Nicosia and as a Teacher Trainer and course director for European Educational Institutes and Eramsus+ programmes. During my PhD studies, I taught Foundations of TEFL, Methodology of TEFL, and Literature in Language Teaching for students at an undergraduate level. I have also worked as an English Language Teacher in secondary schools and colleges. I am currently a lecturer at the University of Essex, and I teach on various undergraduate and postgraduate modules on teacher education and the use of literature in the language classroom. I am also the director and coordinator of the Certificate in TEFL

My main research interests are in the use of literature, films and other literary artefacts as a resource for language teaching purposes, on teacher education, and in second/foreign language learning pedagogy.