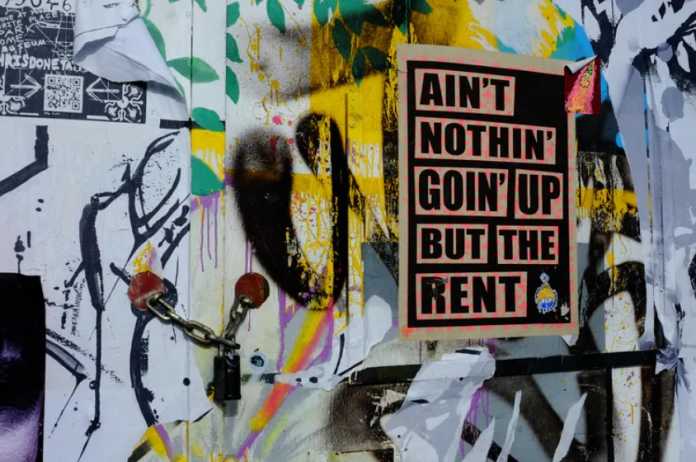 Inflation rates have become almost impossible to ignore. In the UK, inflation has soared in recent months, now reaching 9% – the highest rate for 40 years. The Bank of England expects it to rise to 10% this year and for the economy to slow down.

Increasing prices have led to a severe cost of living crisis, as wage increases have not kept pace. To add to the financial pain, most households have recently been hit by tax rises.

Lower income households will be hardest hit by inflation as they spend a higher proportion of their household budget on food, housing and energy costs. And lower incomes are more common among younger age groups, who on average earn less than their older colleagues.

Using these figures, we can show the amount per week an average worker may be worse off. For people aged 22-29, the median income in 2021 was £521 per week. Combining inflation and an assumed wage increase of 4.5% leaves the young worker on average £24.27 a week worse off in May 2022. This is equivalent to being £1,261 worse off this year.

Overall though, since the financial crisis of 2008, wage growth has been subdued due to the rise of the gig economy and the use of precarious labour practices such as zero-hours contracts. These tend to result in uncertainty, poor wages and (in some cases) a lack of sick pay and workplace pensions.

COVID-19 has created some job opportunities, notably in sectors such as online retail and delivery services – but these again are often roles with precarious conditions attached, with that lack of certainty and low wages at their core. Evidence suggests that more than a third of gig economy workers are aged under 34, making them particularly susceptible to inflation rises.

Nor are young people still in education immune. The British government allows for university tuition fees to increase in line with inflation, meaning the cost of learning could increase dramatically for a large number of current undergraduates.

For those who have already graduated, the higher rate of inflation will increase the interest payable upon their outstanding student loans. And if they’re in a position to start looking to buy a home, they will have noticed that interest rates are rising as the Bank of England seeks to curb inflation, pushing up the costs of a mortgage.

The many young people who are part of “generation rent” meanwhile, are exposed to a mixture of rising rents and decreasing disposable income. According to the education charity Intergenerational Foundation, a person in their 20s spends around half of their income on rent, energy and transport.

At the moment, all three of those expenses are rising. On average rents rose by 8.3% in 2021 to an average of £969 per month across the UK. Energy prices have seen a huge jump in recent months, and getting about just gets more and more expensive. Petrol pump prices are prohibitive for some, while rail fares are only going up. (And as fare hikes are based on inflation, future ticket prices are likely to be astronomical).

According to the Office for Budget Responsibility (OBR), the impact of these three factors is going to lead to a fall in living standards by 2.2% in 2022-23 – the biggest slump since the 1950s. The report also suggests that it will take until 2025 for living standards to go back to pre-pandemic levels.

Meanwhile, the Bank of England and the OBR have both indicated that inflation will continue to rise until the end of 2022. If GDP growth continues to fall at the same time, the UK may be looking at a period of stagflation which would present yet another harsh economic challenge for young people, when persistent high prices would be combined with slow growth, high unemployment – and limited opportunity.

This article was originally published in The Conversation on 20 May 2022. It can be accessed here: https://theconversation.com/how-soaring-inflation-can-be-particularly-harmful-for-young-people-181377

Shampa Roy-Mukherjee – Associate Professor in Economics at the Royal Docks School of Business and Law, University of East London. She is the programme leader for the MSc. International Business Management programme and is responsible for the strategic management of the programme. Shampa is the REF co-ordinator for the UoA- Business for REF2021 and has been instrumental in developing the school’s research strategy. She is also a member of School Learning and Teaching Quality Committee within the school and an active member of the STAMP (Centre for the Study of States, Markets and People). Research Centre. Her other duties include liaising with external stakeholders such as professional bodies and international academic institutions to explore synergies and promote partnerships.

Ejike Udeogu – Assistant Professor of Economics at Coventry University, a senior fellow of the Higher Education Academy and fellow of the Chartered Management Institute. His research interests are in the areas of globalisation and economic development, the macroeconomic role of institutions, institutional change and structural transformation. He is committed to supporting evidence-based policymaking in Africa and have published a few research articles in peer-reviewed academic journals to that effect.

Michael Harrison – Lecturer in Finance and FinTech and is the Programme Leader for Undergraduate Economics in the Royal Docks School of Business and Law. His teaching spans modules in Economics, FinTech and Econometrics. He is research active in the area of High Frequency Trading and Market Microstructure.