Nurseries can be noisy places. A clutch of three-year-olds gathered round a book shout excitedly. Across the room, a small committee of toddlers negotiates over stickers and string. Outside, key workers encourage pairs of miniature gymnasts while others sing to drowsy babies. And through the cacophony, children’s use of language develops.

For parents collecting their children, the chatter and buzz of childcare settings is always reassuring. All the more so during the pandemic: another day of play and learning is done, with protective measures in place.

Parents are understandably anxious about how the pandemic has affected their pre-schoolers’ development. More than half of the 570 parents surveyed for a recent Sutton Trust report felt that their two-to-four year-olds’ social and emotional development had been negatively affected during the pandemic. A quarter of these parents felt their child’s language growth in particular had suffered. One in five had similar concerns about their physical development.

In a recent study on what attending childcare does for children’s speech, understanding, and thinking skills, we found that a child who regularly attended nursery or a childminder one day a week during the pandemic understood an average of 24 more new words over the research period compared with their peers.

As the first lockdown in England was announced in March 2020, nurseries, childminders and other early years providers were closed to all children except those of critical workers or those classed as vulnerable. In the four months that followed, nursery attendance in England was down to 5-10% of its usual rate. 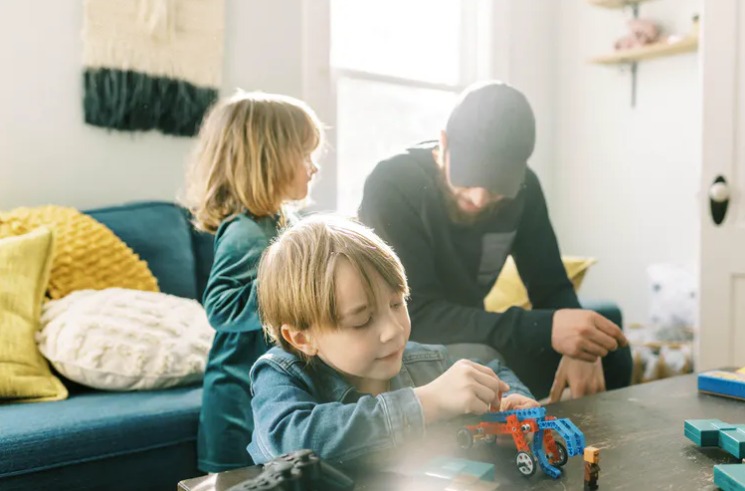 Nursery staff worked hard to stay connected to families. Many provided free and easy online activities such as stories and songs, puppet shows and creative competitions.

Despite these huge efforts, we don’t yet know what impact the disruption will have on children in the longer term. Will those who were able to attend nursery have reaped the usual, pre-COVID benefits, as so many of their playmates and teachers were at home, and their usual play environment looked so different?

Although the benefits of early childhood education and care are particularly pronounced in children from disadvantaged backgrounds, those from more privileged backgrounds will likely also have been impacted by nursery closures, as families struggled to provide supportive learning environments at home while splitting their time between caring for young children, educating their other children and working.

To understand how this disruption has affected families and young children, we recruited nearly 200 UK families through our research labs. Between March and June 2020, we asked about their use of formal (such as nursery and childminders) and informal (family and friends) childcare, before, during, and between the first and second lockdowns in England. We also gathered information on income, level of education, occupation, and neighbourhood.

To investigate early thinking skills (known as executive functions – the control of attention, behaviour, and emotion), we asked parents how often their child showed different behaviour such as following instructions, exploring, and regulating their emotions. Parents and carers told us how many words their children said and understood from categories such as animals, vehicles and food. And we asked them to play games with their child –- which were designed to elicit skills such as waiting, finding, and sorting –- then analysed their observations.

In November and December 2020, we then followed up with the families on their children’s abilities in the same areas, and explored the relationship between the time children had spent at nursery or with a childminder, their growth in language and thinking skills, and their socioeconomic background.

We found that a child regularly attending two days came to understand 48 more new words than their peers over the same period. This effect was greater among children from less affluent backgrounds. Children who continued to attend nursery or a childminder also showed larger boosts in their cognitive control, flexibility, and memory, regardless of socioeconomic background.

Our data clearly shows that time at nursery or with a childminder helps children strengthen their language and cognitive skills. This fits in with research that shows that, alongside a supportive home learning environment – vital for early language and literacy development – high-quality childcare is equally important.

Childcare can stimulate the social, cognitive, physical and language growth that children need for starting school. And children who enter their education with firm foundations have better chances at school and better economic success in adulthood. 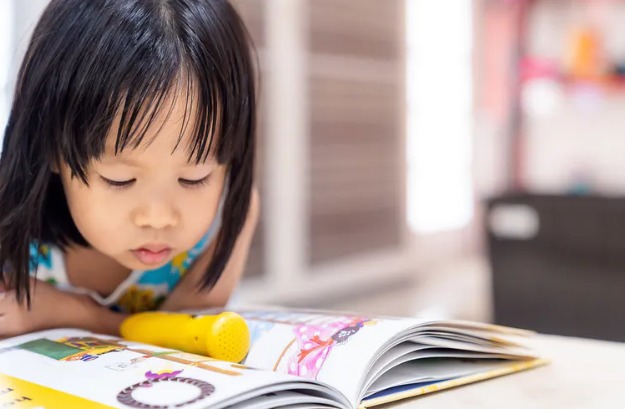 Children from disadvantaged backgrounds stand to gain extra benefits from early childhood education and care. Families who have to adapt to greater economic stress (lower income) and greater environmental stress (income volatility, housing discrimination) tend to speak less to their children, which can impact their language growth.

Research shows that high-quality childcare helps to buffer against these risk factors, as well as against individual risk factors. For example, household instability in early childhood has been shown to lead to worse cognitive and social outcomes by the age of five. Going to nursery or spending time with a childminder, however, can substantially reduce this impact.

This suggests that children from the most disadvantaged families gain the most from early childhood education and care. But chronic underfunding of early years education presents a major barrier. Government investment is therefore a powerful way of alleviating socioeconomic inequalities.

Lower-income families, who have been disproportionately affected by infections, unemployment, mental ill-health and deaths during the pandemic – all stressors which are likely to affect home interactions with children. Our findings provide evidence that access to early childhood education and care is important for all children, and is an effective way of tackling inequality. Government investment is therefore crucial.

This article was originally published in The Conversation on 5 July 2021. It can be accessed here: https://theconversation.com/how-missing-out-on-nursery-due-to-covid-has-affected-childrens-development-new-research-163295

Alexandra Hendry – NIHR and Castang Foundation Advanced Fellow, University of Oxford. she specialise in the early development of executive functions. Executive functions are thinking and regulation skills that help them to plan, solve problems and control their impulses.