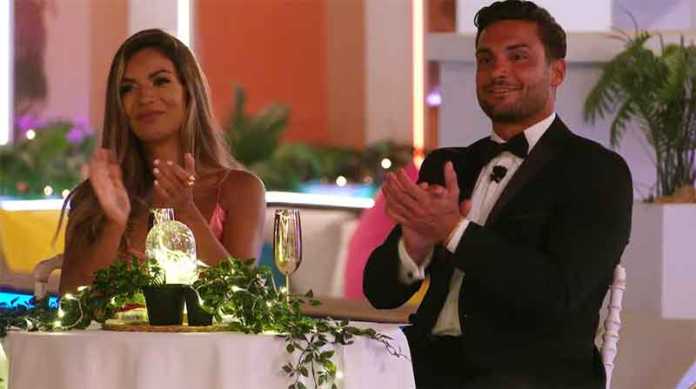 The finale of ITV’s Love Island was watched by millions of fans, many commenting live on social media as Ekin-Su Cülcüloğlu and Davide Sanclimenti were awarded the £50,000 prize. The four couples who made the final will now leave the Majorca villa where they’ve kissed, cried and cracked on for the past eight weeks. When they enter the outside world, they will be met with massive amounts of attention.

Some of this is positive – lucrative business opportunities, partnerships with popular brands and thousands of new followers on social media. Other attention will be in the form of online abuse and trolling from viewers.

Love Island (and indeed, all reality television) is an interesting case study in psychology, from the social experiment of isolating people in one house for a period of time, to the relationship between audience and contestant. The blurred line between reality and fiction creates a strong fan attachment to the show, but also contributes to mental health issues for contestants themselves.

Like soap operas, reality shows are made up of storylines that follow characters (though they may be real people). Viewers watching hours of these programmes can develop attachments to the characters, where they feel they are “one” with the people on screen.

Psychologists describe this as a parasocial relationship, a one-sided, unreciprocated friendship or connection to a person they only know through a screen. Research has found that following celebrities and media figures on social media platforms may blur the lines between social and parasocial relationships. Our interaction and engagement with social media posts no longer significantly differs between close friends or famous people.

Viewers’ previous experiences reflect what they think of a character, creating either empathy or disdain. In a parasocial relationship, a viewer may feel a closeness and connection in their lives with a person who does not know that they exist, and based solely on the storyline of the television show.

Soap actors have discussed being shouted at in the street by “fans”, because of their characters’ behaviour on a scripted, fictional show. Eastenders star Louisa Lytton said the abuse is a daily occurence.

Love Island contestants enter the villa a relatively unknown person in society, and come out to a barrage of messages from viewers, all responses to the show’s editing, of which the contestants themselves may not know the full extent. This exponential rise in awareness of them as a person, a character and a celebrity creates a dramatic and fundamental shift in their lives. Psychological support is paramount to successfully navigating their newfound fame.

ITV provides mental health support and other resources to contestants during the filming process. As of 2022, this includes giving islanders training on “the impacts of social media and handling potential negativity”.

The psychology of trolls

Love Island has had a long history of mental health challenges, including the deaths of two former contestants and former host Caroline Flack by suicide. Alex George, an ex-islander, has become the government’s first youth mental health ambassador.

Many of the psychological challenges that have been associated with Love Island have been linked with the social media barrage directed at contestants. Former islanders Kem Cetinay and Amber Gill now host a mental health series, The Full Treatment, where they discuss the experience of abuse that comes from tweets and forums during and after the show airs.

Psychologists define so-called keyboard warriors or trolls as individuals with a sense of emotional inner turmoil, using their perceived power to invisibly belittle others as a way to self-satisfy their internal crisis. Recent research found keyboard warriors have personality traits associated with the dark triad of personality: narcissism, machiavellianism and psychopathy.

The apparent safety behind the keyboard allows people to say what they feel without the repercussions of the negative emotional and verbal abuse that would be socially unacceptable face-to-face.

Love Island is about contestants looking for love, but it is also about looking for public approval in the form of votes to ultimately win the £50,000 prize. This thrusts contestants straight into the path of viewers’ unfiltered thoughts and comments, filled with envy, admiration and vitriol. This need for public attention makes reality shows and their aftermath a psychological minefield for participants.

Love Island is on six nights a week for eight weeks straight. This might also cause mental health issues for regular viewers. Research suggests that people who binge-watch shows become so invested in the characters’ lives and storylines that when it’s over, they can face feelings of depression, emptiness, anxiety and even loneliness.

But due to the 24/7 world of social media, Love Island never truly ends. Fans have ample opportunity to comment on the show and its contestants on social media. The show itself encourages this, sponsoring a forum on Reddit.

The contestants’ social profiles are also kept up to date by friends and family while they are in the villa, further blurring the lines between the contestants’ lives before, during and after the show.

It’s perfectly fine to watch the show and discuss it with friends (and strangers) online. But viewers of Love Island (or any reality programme) must remember when commenting that islanders are human too.

This article was originally published in The Conversation on 2 August 2022. It can be accessed here: https://theconversation.com/love-island-the-psychological-challenges-contestants-and-viewers-could-face-after-the-show-is-over-187948

Dr Rachael Molitor is a Behavioural Psychologist and a registered Chartered member (CPsychol) of the British Psychological Society (BPS). She specialises in behaviour change, specifically with a PhD in emotionality and its relationship with feeding and eating behaviours in parents and children. Rachael is a psychology expert and media representative for Coventry University, discussing many aspects of Behavioural Psychology regarding addictions, social media, personality and behaviour change.