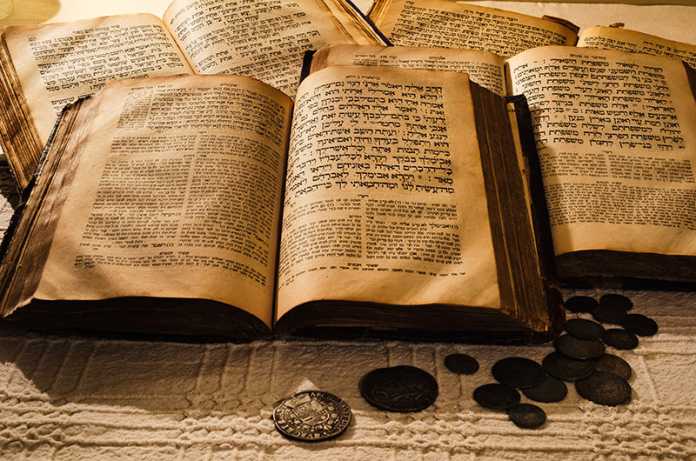 Today, the Bible is often invoked during public debates about immigration. From former Attorney General Jeff Sessions to a group of 2,000 rabbis, people have referred to the Bible to explain their differing positions on immigration and refugees. Several specialists in biblical studies have spoken and written about what the text says on the topic.

One thing is clear: Migration matters in the Bible. Stories about it are common – from the Book of Genesis, where the patriarch Abraham obeys God’s command to leave his homeland in Mesopotamia, to the Moabite woman Ruth, who migrates to Bethlehem out of love for her Judean mother-in-law, Naomi, to the Jews’ forced migration to Babylonia.

But these many voices do not necessarily boil down to a single theology or ethical framework. As a scholar of the Hebrew Bible, I study how themes of migration mattered in the making of scripture, as well as in how the text has been circulated, debated and interpreted by readers across the globe.

Discussions about migration are always complicated, because migrants’ real-life experiences do not easily translate into simple bureaucratic categories.

Modern societies defined by the ideas of citizenship and borders tend to classify modern migrants into legal binaries, each with its own rights and restrictions: resident vs. nonresident, documented vs. undocumented, immigrant vs. nonimmigrant. Ancient Israel, too, relied on legal categories to try to make sense of migration.

The Hebrew Bible’s legal passages discuss people who have come to Israel from other places and how they should be treated. The Book of Deuteronomy, for example, prescribes a law that protects poor and destitute workers from being exploited, no matter if they are fellow Israelites or not.

There are two Hebrew terms that recognize different kinds of strangers in the community, with differing status and privileges.

The first, “ger,” can be translated as “resident alien.” In other words, it is a legal category for people who are not “citizens,” in the language used today, but who have permission to reside there. In the Hebrew Bible, the term does not distinguish between voluntary immigrants and forced refugees.

People in the “ger” category are embraced as part of the Israelite community. For example, law in the Book of Numbers dictates that the “ger” are eligible to participate in a sacrificial ritual to the God of Israel, just like the locals.

The Book of Numbers further protects the “ger” by stipulating that there will be one law for both the Israelites and the immigrants throughout the generations. Whether locals or not, they are equally subject to the rules about offerings and other standards for holiness. When the community makes an offering as atonement for sin, the immigrant population is also considered forgiven.

On the other hand, migrants called “nokri” – commonly translated as “foreigner” – have a more restricted social status. Deuteronomy prohibits Israelites from charging interest on loans to a fellow Israelite, but not to “nokri.” Likewise, the law commands Israelites to forgive each other’s debts every seventh year, but not debts of “nokri.”

The Hebrew Bible’s view on strangers is not just about dealing with others. Biblical ideas about foreignness are forged through the Israelites’ own experiences and collective memories about being strangers.

In the books of Exodus, Leviticus and Deuteronomy, a main reason to protect strangers is repeatedly given: Because Israelites themselves were “ger” in the land of Egypt.

The many meanings of foreignness are also explored in biblical literature from after the Babylonian exile of the Jews. Some groups returned to the land of Judah, some remained in Babylon and some had never left in the first place.

The Book of Esther, for example, concerns the life of the diaspora community living in Persia. The story unfolds mainly through the actions of Queen Esther, who carries a dual identity as a Jew and as a Persian, and its central themes deal with the struggle to survive in a foreign land.

Meanwhile, the protagonists in the books of Ezra and Nehemiah are repatriates who had previously lived in Mesopotamia, but encountered a new sense of foreignness upon their return. Nehemiah Chapter 13 describes Nehemiah’s shock when he learns that Jews had married women from surrounding cultures, and half of their children only spoke other languages.

The Bible speaks about migration with many different voices – even beyond its pages. Migrant communities across the globe have continued to read and interpret it through the lens of their own experiences ever since, opening up new possibilities for understanding.

This article was originally published in The Conversation on 15 September 2022. It can be accessed here: https://theconversation.com/debates-about-migration-have-never-been-simple-just-look-at-the-hebrew-bible-180652

Dr. Ki-Eun Jang is an interdisciplinary scholar with a specialization in Hebrew Bible and Ancient Near Eastern Studies. With a focused interest in advancing socially engaged humanities in the study of the Hebrew Bible, her research engages both the social world of the ancient Near East that produced the Hebrew Bible and our intellectual legacy of modernity that shapes the ways in which we conceived of the past. Dr. Jang’s current book project particularly pays attention to the role of racial thinking in the history of the humanities and the influence of such an intellectual paradigm on the interpretation of received materials from antiquity.