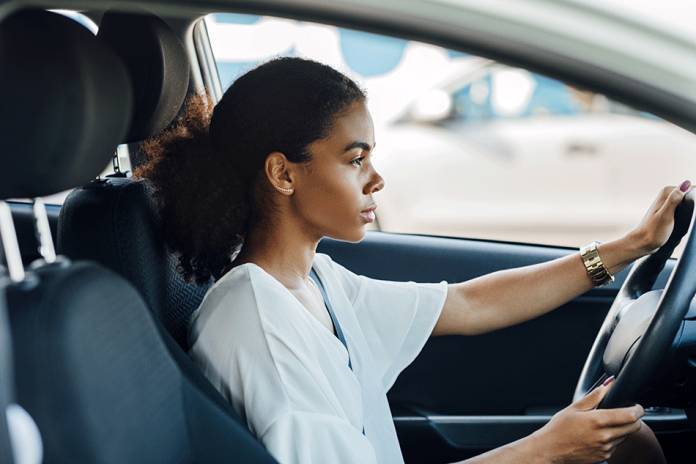 By Ning Ma and Dongwook Yoon

These days, we use apps to order food, call ride-sharing vehicles, assign home improvement tasks and personal errands. But these apps depend on people to deliver the promised service — to deliver food, provide rides and complete tasks. These gig workers use the apps to find work, and in North America, nearly half of these service workers are women.

Platforms that provide gig services use powerful algorithms, artificial intelligence and big data to provide access for millions of gig workers and customers. That was how these platforms were able to disrupt established industries, like taxi and delivery services.

Gig workers are rated for their performance on the platforms they use to provide the service. We interviewed 20 women gig workers and found that women gig workers experience harassment on the job, and develop response mechanisms to protect their ratings and future work opportunities.

Women drivers felt that they faced more scrutiny from customers regarding their driving skills and how they were dressed, and this sometimes affected their ratings. Some women workers noted that they did not enjoy driving passengers because they felt unsafe and judged.

Women drivers had to deal with unwanted sexual comments and behaviours from customers, and considered this to be part of the job. To reduce their risk of harassment, women would be more selective of when and where they would work, which further worsened the pay gap because they would miss out on prime earning opportunities, such as weekends and evening hours.

Gig platforms prioritize assigning jobs to drivers with higher ratings, which prevented women drivers from confronting customers who made them feel uncomfortable. Prioritizing customer satisfaction comes at the expense of women workers’ safety and well-being. The design of the apps currently allows drivers to be harassed with impunity.

The platforms fail to enforce effective harassment prevention policies to their rating, matching and recommendation features.

Reshaping Work looks at the women in the gig economy.

Our research found that in response to the harassment, women gig workers would “brush off” harassment because they were concerned about how the customer would rate them. Jennifer (all names used are pseudonyms), an Uber driver, said: “Is it worth it? Is it worth your life to speak up right now? And most of the time it’s not, so you just don’t.”

Due to concerns about the immediate threat and rating retaliation, the women workers we interviewed found it difficult to stand up for themselves in the moment. They hesitate reporting these encounters because the recourse process is time-consuming and difficult.

The only option left for them is to let the harassers get away with bad behaviours. To de-escalate potentially dangerous situations, the women laugh off the remarks or play along. Annette, an Uber driver, called this tactic “delay and deflect.”

Another gig worker, Penny, told us: “It bothers me, yes. I have a choice of losing it and getting angry and taking time to gather myself to the point where I can work again, or I can take a different route and just realize OK, you got this person here for five minutes and then they’re getting out of your car and you will never see them again.”

And Jennifer explained how the platform’s rating mechanism is complicit because in “certain situations, it’s just not worth standing up for yourself because if you do, and they give you a bad rating, it’s not like Uber reaches out to you to get clarification on the issue.”

Women workers are invaluable assets to the gig ecosystem. For instance, women passengers feel more comfortable when the driver is another woman. One driver told us that “[women passengers] are so creeped out by who the drivers are. [Passengers tell me] ‘Thank God, Tiffany, you’re driving me home.’”

Some platforms have implemented panic buttons that can dial 911 in an emergency, but this measure misses the point that an overwhelming amount of harassment encounters are more subtle, and not all of them are physical. Involving law enforcement could potentially escalate a situation that could place the women in danger or waste valuable money-making time.

Ella, who completes tasks like assembling furniture and home repair, shared that more than 90 per cent of her customers are women. She speculates this is because she herself is a woman.

The platforms do not explicitly discriminate against women workers, but they ignore both the gendered reality of women’s experiences and the advantages women workers bring. Our research highlights the gender-insensitive design of gig platforms by illustrating the platform’s inaction and failure to account for women’s lived experiences.

Ratings are an insufficient and lazy way of quality control that shifts the balance of control to the customer. Gig platforms need to address the limits of rating and rewards systems that further marginalize women. Current rating systems give disproportionate power to customers, which leads to more biased results for women workers.

Platforms need to consider gender when designing their features and systems. They can start by listening to women. For example, Trips4Women is a women-only ride-sharing platform.

This article was originally published in The Conversation on 5 July 2022. It can be accessed here: https://theconversation.com/delay-and-deflect-how-women-gig-workers-respond-to-sexual-harassment-183496

Ning Ma is a postdoc research fellow in the Department of Computer Science in the University of British Columbia, where she works as a mentor and researcher in the Design Lab and the Designing for People network. She holds a Ph.D. in Information Sciences and Technology from the Pennsylvania State University and a B.A. in Mathematics from Concordia University Wisconsin.

Dongwook Yoon is an Assistant Professor at the Department of Computer Science, University of British Columbia, and a member of IMAGER, CAIDA, and Designing for People (DFP). His research lies at the intersection of human-computer interaction (HCI), computer-supported cooperative work (CSCW), computer-mediated communication (CMC), augmented and virtual reality, and educational technology. He focuses on building rich collaboration systems that offer expressive multimodal interactions, i.e., interactions through multiple communication channels (e.g., speech, gesture, and grasp). His design approach translates natural human interactions into novel combinations of input modalities that serve as building blocks for fluid, rich, and lightweight interfaces. He deploys and evaluates high-fidelity systems in real world contexts (e.g., classrooms), from which we can obtain ecologically valid user data.