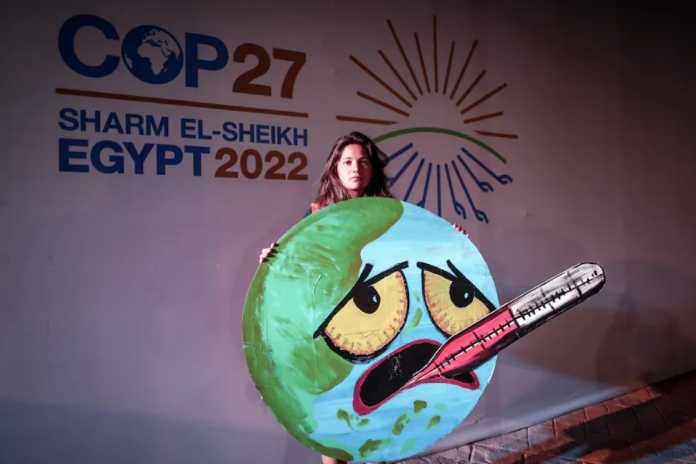 For 30 years, developing nations have fought to establish an international fund to pay for the “loss and damage” they suffer as a result of climate change. As the COP27 climate summit in Egypt wrapped up over the weekend, they finally succeeded.

While it’s a historic moment, the agreement of loss and damage financing left many details yet to be sorted out. What’s more, many critics have lamented the overall outcome of COP27, saying it falls well short of a sufficient response to the climate crisis. As Alok Sharma, president of COP26 in Glasgow, noted:

Friends, I said in Glasgow that the pulse of 1.5 degrees was weak. Unfortunately it remains on life support.

But annual conferences aren’t the only way to pursue meaningful action on climate change. Mobilisation from activists, market forces and other sources of momentum mean hope isn’t lost. 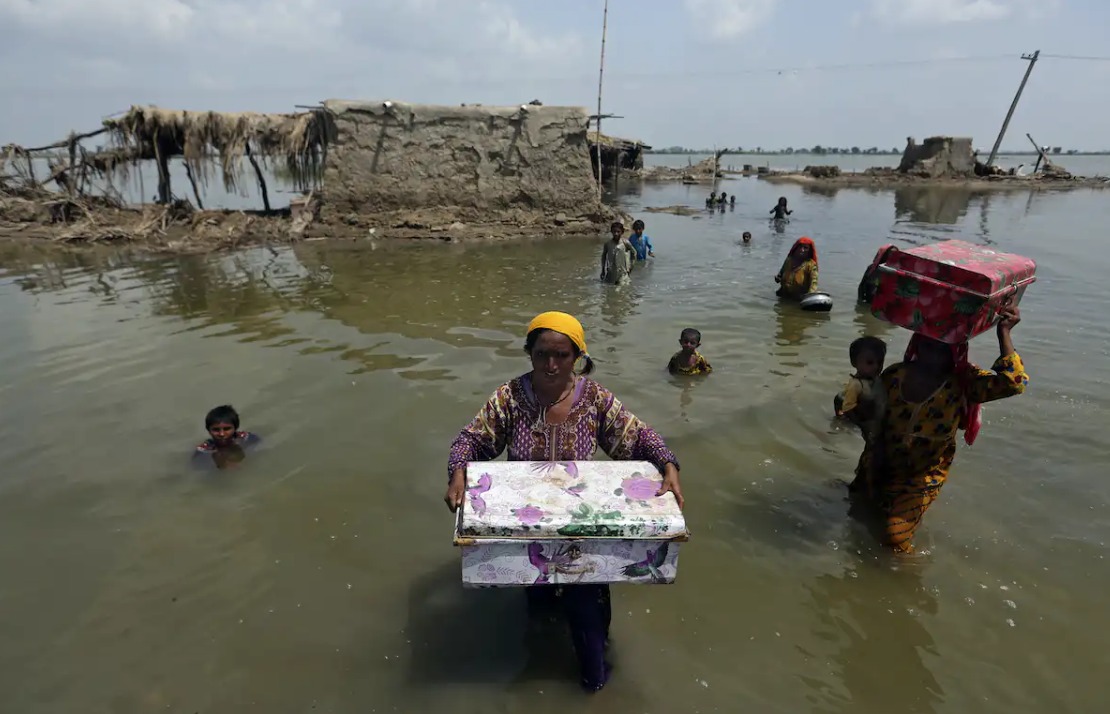 One big breakthrough: loss and damage

There were hopes COP27 would lead to new commitments on emissions reduction, renewed commitments for the transfer of resources to the developing world, strong signals for a transition away from fossil fuels, and the establishment of a loss and damage fund.

By any estimation, the big breakthrough of COP27 was the agreement to establish a fund for loss and damage. This would involve wealthy nations compensating developing states for the effects of climate change, especially droughts, floods, cyclones and other disasters.

Most analysts have been quick to point out there’s still a lot yet to clarify in terms of donors, recipients or rules of accessing this fund. It’s not clear where funds will actually come from, or whether countries such as China will contribute, for example. These and other details are yet to be agreed. 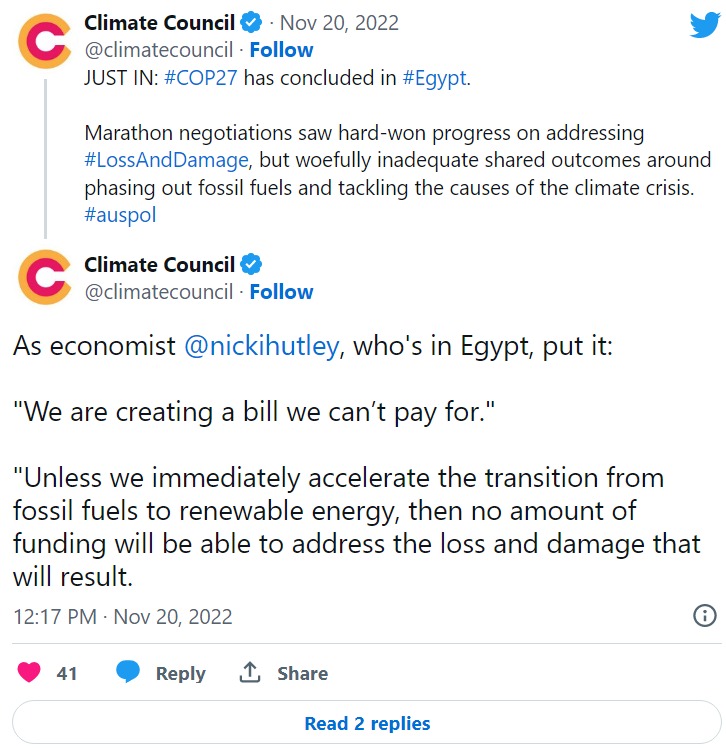 We should also acknowledge the potential gaps between promises and money on the table, given the failure of developed states to deliver on US$100 billion per year of climate finance for developing states by 2020. This was committed to in Copenghagen in 2009.

But it was a significant fight to get the issue of loss and damage on the agenda in Egypt at all. So the agreement to establish this fund is clearly a monumental outcome for developing countries most vulnerable to the effects of climate change – and least responsible for it.

It was also a win for the Egyptian hosts, who were keen to flag their sensitivity to issues confronting the developing world.

The fund comes 30 years after the measure was first suggested by Vanuatu back in 1991. 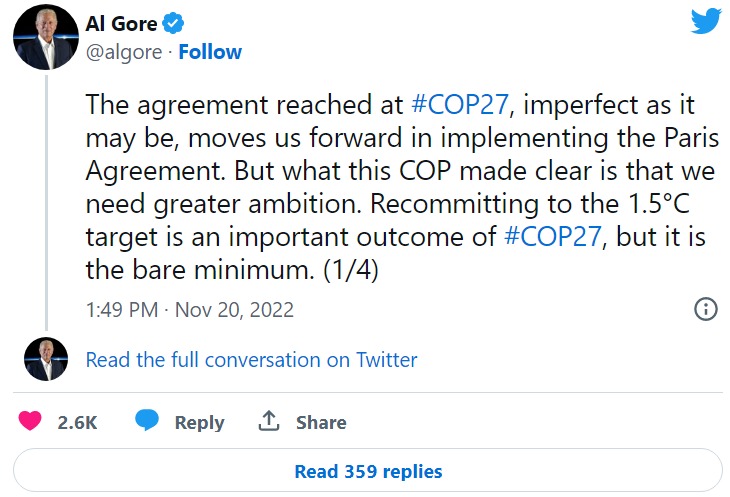 The loss and damage fund will almost certainly be remembered as the marquee outcome of COP27, but other developments were less promising. Among these were various fights to retain commitments made in Paris in 2015 and Glasgow last year.

In Paris, nations agreed to limit global warming to well below 2℃, and preferably to 1.5℃ this century, compared to pre-industrial levels. So far, the planet has warmed by 1.09℃, and emissions are at record levels.

Temperature trajectories make it increasingly challenging for the world to limit temperature rises to 1.5℃. And the fact keeping this commitment in Egypt was a hard-won fight casts some doubt on the global commitment to mitigation. China in particular had questioned whether the 1.5℃ target was worth retaining, and this became a key contest in the talks.

New Zealand Climate Change Minister James Shaw said a group of countries were undermining decisions made in previous conferences. He added this:

really came to the fore at this COP, and I’m afraid there was just a massive battle which ultimately neither side won.

Perhaps even more worrying was the absence of a renewed commitment to phase out fossil fuels, which had been flagged in Glasgow. Oil-producing countries in particular fought this.

Instead, the final text noted only the need for a “phase down of unabated coal power”, which many viewed as inadequate for the urgency of the challenge. 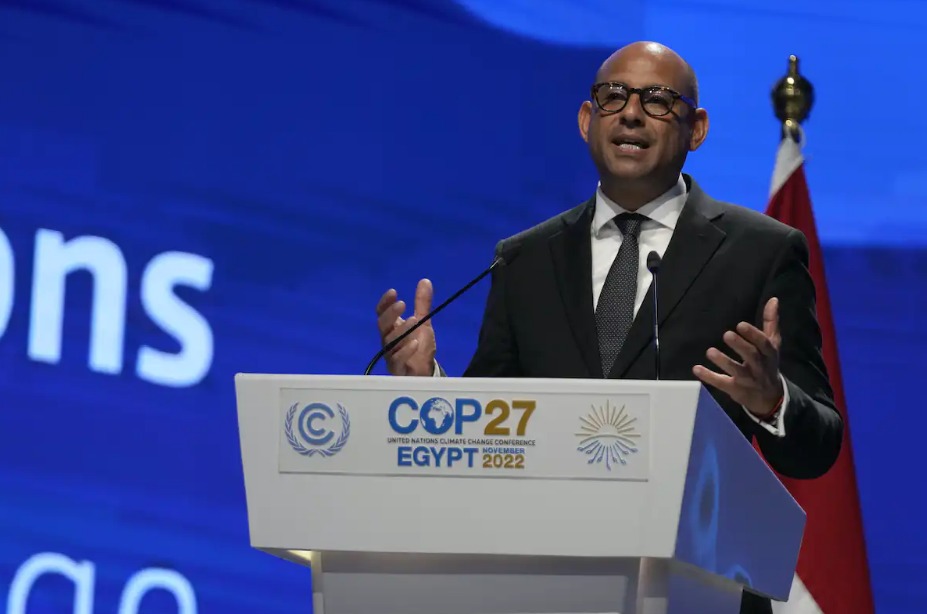 Both this outcome, and the failure to develop new commitments to phase out fossil fuels, arguably reflect the power of fossil fuel interests and lobbyists. COP26 President Alok Sharma captured the frustration of countries in the high-ambition coalition, saying:

We joined with many parties to propose a number of measures that would have contributed to [raising ambition].

And as United Nations Secretary General Antonio Guterres lamented: “Our planet is still in the emergency room”.

In the end, exhausted delegates signed off on an inadequate agreement, but largely avoided the backsliding that looked possible over fraught days of negotiations.

The establishment of a fund for loss and damage is clearly an important outcome of COP27, even with details yet to be fleshed out. 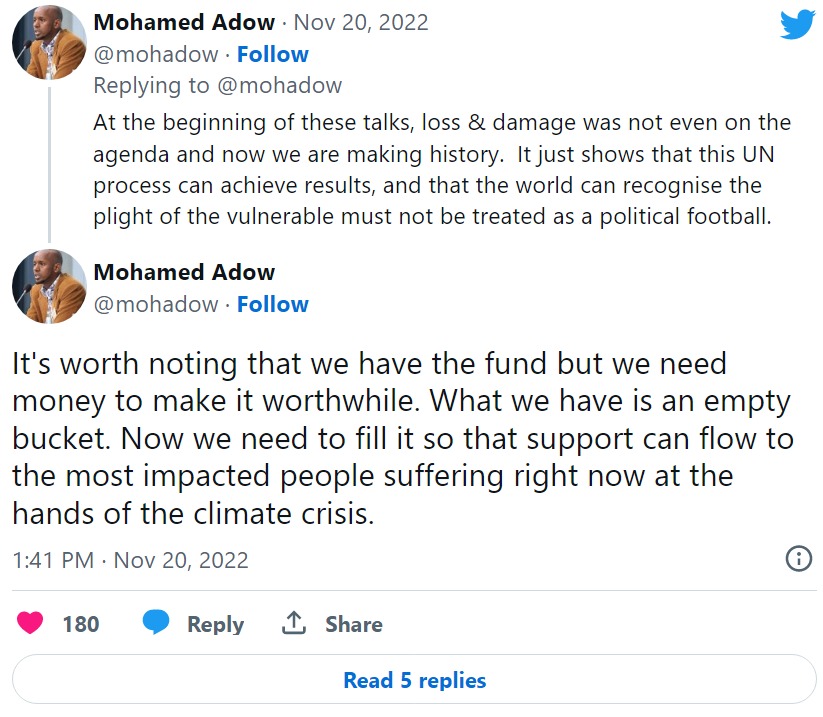 But otherwise, the negotiations can’t be seen as an unambiguously positive outcome for action on the climate crisis – especially with very little progress on mitigating emissions. And while the world dithers, the window of opportunity to respond effectively to the climate crisis continues to close.

It’s important to note, however, that while COPs are clearly significant in the international response to the climate crisis, they’re not the only game in town.

Public mobilisation and activism, market forces, aid and development programs, and legislation at local, state and national levels are all important sites of climate politics – and potentially, significant change.

There are myriad examples. Take the international phenomenon of school climate strikes, or climate activist Mike Cannon-Brookes’ takeover of AGL Energy. They point to the possibility of action on climate change outside formal international climate negotiations.

So if you’re despairing at the limited progress at COP27, remember this: nations and communities determined to wean themselves off fossil fuels will do more to blunt the power of the sector than most international agreements could realistically hope to achieve.

This article was originally published in The Conversation on 20 November 2022. It can be accessed here: https://theconversation.com/cop27-one-big-breakthrough-but-ultimately-an-inadequate-response-to-the-climate-crisis-194056

Matt McDonald – an Associate Professor in International Relations at the University of Queensland. He works on climate politics, security theory and Australian foreign policy.