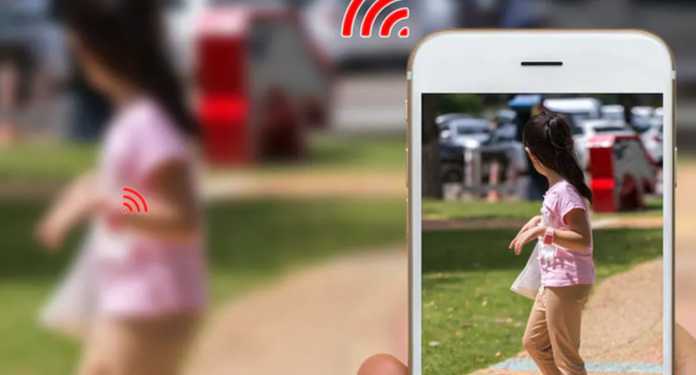 Geo-tracking apps such as Find My Kids, Google Family Link and Apple’s FindMy are fast growing in popularity, handing parents unprecedented powers to monitor their offspring. But how are the latter experiencing what previous generations might have labelled as an intrusion into their privacy? Could these devices even hurt youths’ sense of independence?

We set out to answer these questions and more in our research project, which involved a series of one-on-one interviews with 16 parents who geo-tracked their children, and 16 teenagers who were geo-tracked (some of whom were the children of the parents interviewed).

Overall, the parents who took part in our survey claimed they were driven to use these apps not by nosiness, but a sense of care in the face of what they perceived as potentially dangerous or, at the very least, uncertain environments.

This is coherent with the profile of our subjects, who lived exclusively in urban areas and therefore tended to be sensitive to the hazards inherent to city living. “When I see what goes on in some neighbourhoods, I’m very happy for my daughter to call me when she leaves the house,” Virginie, a 38-year-old schoolteacher, explains. This feeling was also echoed by 46-year-old salesman Stéphane:

“When you look at what happened in Nice [where a terrorist ran down dozens of people with a truck in 2016], I think you’d have to be irresponsible not to want to know where your children are.”

Virginie only occasionally tracks her daughter, usually preferring to wait for her to call. Stéphane, meanwhile, takes a more insistent approach. Since the tool is already available, he believes it is every parent’s responsibility to use it. Of course, knowing a child’s geographical position cannot guarantee their safety when faced with an incident in real time, but checking where they are can help ease parental fears.

Other parents surveyed admitted to monitoring their children’s geographical position only in the case of unanswered phone calls or unfulfilled requests. Rather than a systematic method of surveillance, geo-tracking acted as a “last resort” option after parents failed to reach their child.

Mohamed, a 39-year-old private-sector executive, said that he self-regulates in his use of the tool because he finds it “unhealthy” to geo-track his son except in very specific circumstances.

Alexandre, a 54-year-old baker, explained that he felt reassured when his daughter was where he expected her to be. He stated that he often experienced “doubts about whether she is OK” and wanted to know. For this reason, he “can’t stand it” when his daughter circumvents the boundaries that he sets using the app. If she turns off her phone at some point during the day, for example, this often becomes a subject of discussion later on.

In cases where it was seen as a necessity, geo-tracking appeared in principle to be quite well accepted by some teenagers in our survey. Mélanie, 13, seemed to have internalised her parents’ safety warnings, saying how she always saw “weird things happening” on the news and adding that “at least, if there’s something wrong, your parents know where you are”.

However, most teenagers in our sample were critical of their parents’ use of monitoring apps. When asked whether they thought any of apps’ options were excessive, almost all commented on geo-tracking and time restrictions placed on social media.

Dylan, 16, saw the former as “a step too far,” while Florian, 17, stated that “everyone deserves their privacy, especially at a certain age”. And Julie, 16, likened the technology to a lapse of parenting:

“I think you have failed as a parent if you track your children like that, just to find out if they’re lying to you about what they’re doing and where they’re going”.

In cases where the expected location did not match that provided by the app, many teenagers interviewed bemoaned the fact that the tracking device left little room for context and even less for cover-up. Unlike texts or photos, which would offer a certain margin for interpretation, young people found it much more difficult to justify an unexpected geographical position to their parents.

Some teenagers in our survey had already experienced such situations. One of the more striking accounts was that of Xavier, 15, who was unaware he was being tracked by his father and skipped a catch-up lesson to play video games with his friend. Upon returning home, he found himself faced with a technology that gave him no opportunity for discussion with his parents:

“[My dad] asked me if I had been to tutoring and I lied… Then he showed me the tablet, and there’s nothing you can say to that. It’s all there: where you were, what time…”

Geo-tracking is thus not without its ramifications on intra-family relationships. Xavier, for instance, said that discovering he was being tracked has profoundly undermined the trust between him and his father. “You don’t go and install something like that if you’re not suspicious of someone,” he deplored.

Furthermore, tensions among parents may also arise regarding whether or not such tools should be used, particularly in cases of shared custody. “I have already spoken about it several times with my ex-wife,” Mohamed explains. “She has her way of raising our daughters; I have mine. We don’t have the same view of the issue.” He gave his interpretation of how such disagreements could come about: “Trust is key. If you are spying on your kids, then there’s no trust. And if there’s no trust between a father and a son, then something has really gone wrong.”

The ability to track without being tracked oneself, the inability to switch off a device without the tracker being notified and the tracker’s preference for data over the tracked person’s word all serve to widen the gap between parents and children.

The supervision of young people’s digital activities used to be confined solely to the home (e.g., checking children’s browsing history, the photos they take, the apps they install, etc.). But geographical monitoring directly challenges young people’s need to learn to go out into the world unchaperoned, both hindering teenage autonomy and generating tensions in parent-child relationships.

This article was originally published in The Conversation on 24 November 2022. It can be accessed here: https://theconversation.com/geo-tracking-apps-how-are-parent-child-relations-bearing-up-194214