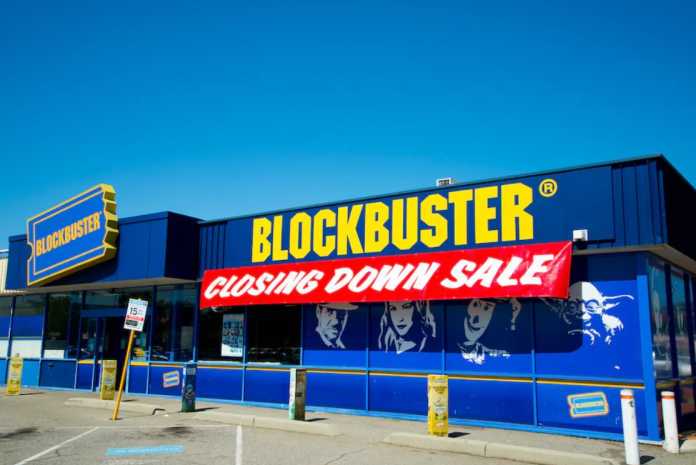 By Michael Beverland and Pinar Cankurtaran

Streaming services are replete with stories of the dead coming back to life. They’re also chock-full with dead or almost dead brands. Shows like Stranger Things have not only given new life to 1980s pop classics like Kate Bush’s Running up that Hill, but also former tech icons such as Polaroid.

One of Netflix’s latest shows goes beyond product placement by placing a dead brand, Blockbuster, at the centre of the drama. The story is set in the last Blockbuster retail outlet in the USA, and focuses on employees’ attempts to save the store, ironically in the face of the onslaught of Netflix.

Nostalgia is nothing new. People often pine for a past that seemed simpler, authentic, and sometimes even associate brands with childhood. Blockbuster may be seen as a cultural hub for some millennials, in the way the record store was for many in generation X (see Nick Hornby’s High Fidelity). Such hubs are often associated with memories such as exploring new genres, or even dealing with snobby clerks passing judgement on one’s lack of taste.

Netflix hopes viewers will emotionally engage with a story about a global brand in its death throes. But research reveals that consumers have a complex relationship with dead brands. The relaunch of official Star Wars film franchise in 1999 and the VW Beetle in 1997 prompted heated fan debate about whether the retro-styled new releases were authentic.

Many argued they were motivated by purely commercial decisions that sat at odds with the original intent of their creators. Fans of the discontinued Apple Newton portable digital device held a religious-like belief for an eventual return (they’re still waiting). Citizens of former East Germany celebrated the superiority of long-dead “Ossi” brands of condiments on social media as a way of dealing with a sense of collective identity loss after being merged with capitalist West Germany after the fall of the Berlin Wall (eventually many of the brands were relaunched).

Given that, for every Old Spice success story, there’s at least a couple of Woolworths failures, is it ever worth trying to revive old brands? In marketing parlance, brand equity (value) is a consequence of consumer loyalty. It is a function of the brand’s image, which consists of brand knowledge and likeability, and the extent to which it is relevant to a sizeable audience.

This is where things get tricky for dead brands. Their death was usually due to their lack of relevance. Blockbuster, already experiencing problems, failed to match Netflix’s mail order operation because doing so would undermine its commitment to retail.

Unfortunately for Blockbuster, consumers didn’t value the store experience as much as the company thought. When the technology became available, mail order was replaced with streaming. Beyond a few old-time loyalists, nostalgia for the past may not necessarily translate into present day sales.

Brand value is also calculated as a function of future revenue streams, with the assumption that loyal consumers will continue to buy the brand into the foreseeable future. However, the actual value of loyalty is one of the most contentious debates in marketing practice. Research from the Ehrenberg-Bass Institute argues that loyalty declines quite quickly, whereas other marketing experts suggest the opposite.

Regardless of one’s position, an emphasis on relevance (over consistency) has gained greater attention. Brands constantly have to renew their relationship with fickle consumers (as Netflix has discovered, while simultaneously remaining true to the spirit of the brand. Studies on retro brands in New Zealand or iconic franchises such as James Bond reveal how marketers constantly tweak brand formulas to remain authentic and relevant.

This is the challenge for dead brands. They died for a reason. We may still remember them fondly, but they have the same authenticity as museum pieces: high on heritage, low on relevance. And so they are often enjoyed fleetingly, behind glass.

So should Blockbuster be revived? As a brand, no. But as a licensing opportunity, possibly. Iconic bands such as the Ramones and Blondie gain income from licensed t-shirts (not to sound like a snobby clerk, but ironically often worn by people who have never even heard the music). Similarly, brands such as Kodak, Polaroid, and Atari have found fleeting new life in (fast) fashion. Much like those bands of yesterday, however, iconic brands of the past have typically left their best years behind them.

This article was originally published in The Conversation on 24 November 2022. It can be accessed here: https://theconversation.com/netflix-show-brings-back-blockbuster-but-some-brands-should-stay-dead-194134

Michael Beverland – Currently Head of Department and Professor of Brand Management at the University of Sussex Business School. I have previously worked in various business schools including the University of Bath, University of Melbourne, and Monash University. My research has focused on the market for authenticity, summarised in my book Building Brand Authenticity: 7 Habits of Iconic Brands. I am interested I all aspects of branding, including the focus on authenticity, responding to crises, brand purpose and storytelling, branding and national identity, all of which are included in my best selling textbook Brand Management: Cocreating Meaningful Brands 2nd ed (Sage 2021). My current work examines the analog revival and argues that the old has value because it is more difficult to use.

Pinar Cankurtaran – Pinar holds a PhD from Erasmus University and is currently an assistant professor of brand strategy at the Faculty of Industrial Design Engineering, Delft University of Technology. Her work has been published in the likes of the Journal of Product Innovation Management and Industrial Marketing Management.