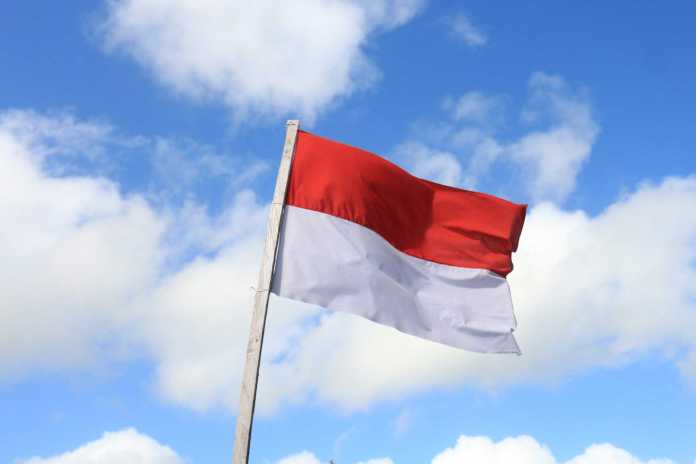 Indonesian people may still remember the massive protest waves across the country in 2019.

Thousands of students and activists took to the streets in Indonesia to protest against a problematic revision of the Criminal Code draft bill that contained contentious articles that would threaten democracy and private spaces and open up opportunities for criminalisation against citizens.

Five people died and at least 232 people, mostly students, were injured due to repressive actions by security forces who tried to disperse the protesters.

On December 6 2022, after more than 60 years of debates over the revision, and seven changes of president, the Indonesian parliament finally passed the bill into law.

The new Criminal Code replaces the old one inherited from the Dutch colonial era. It will fully take effect in 2025 after a transition period of three years.

As expected, the ratified Criminal Code still carries the problematic articles that threaten democracy and freedom of speech and can potentially endanger citizens’ private space.

Our panel of experts shared their analysis of the problematic articles in the law that the public should be aware of.

Silencing public criticism against the state

The articles in the Criminal Code that can quickly become tools for authorities to criminalise the public are Articles 218 and 240 (banning insults against the President, Vice President, the government and state institutions), Article 236 (banning insults against state symbols), and Article 188 (banning dissemination of teachings or understandings that are deemed to be against Pancasila principle – including teaching about Communism/Marxism-Leninism).

“The government” stipulated in the article refers to the President, Vice President and ministers, while “state institutions” refers to the parliament, the People’s Consultative Assembly (MPR), the Regional Representative Council (DPD), the Supreme Court (MA), and the Constitutional Court (MK).

Meanwhile, the acts of insulting in the Criminal Code is defined as “acts that humiliate or damage the honor or the image of the government or state institutions, including insulting and slandering”. That definition will still carry multiple interpretations and is not in line with the country’s democratic values.

Through this Criminal Code, the government seems to be trying to silence critics, restrict control from the public, and attack the freedom of expression. This rule is made only for the convenience and interests of those in power.

Several articles in the new Criminal Code that have so far caught the public’s attention and have been widely opposed and protested by many people, including human rights activists, are one that punishes sex outside marriage (Article 411) – with a maximum punishment of one-year imprisonment – and one that outlaws cohabitation or living together for unmarried people or couples (Article 412).

Those articles come from the adultery article regulated under the old Criminal Code. The previous regulations could punish only married people who had intercourse with people who were not their spouses – cheating. But under the new law, all individuals, regardless of whether they are married or not, can be jailed if they have intercourse without a marriage bond.

However, the police can only probe this case if reports are filed by specified parties mentioned in the articles.

According to the law, for married people only the husbands and the wives could file a report against their partner. For unmarried persons, the parents or children of the suspect can file reports. Other parties besides them have no right to file a report.

But still, the articles should be questioned because criminal law should serve the interest of the public and society. It can also benefit individuals’ interests as long as the crimes can harm vulnerable groups, such as domestic violence.

If it is about religious adherence, we should bear in mind that almost all religions disallow sex outside marriage. But in the context of the state, the law is getting too personal. If the reasons for passing the articles are because of increasing rates of abortion or controlling rates of sexually transmitted infections, then criminalising adultery is not a solution.

It is more important and urgently needed for law enforcers to focus on more significant cases that are detrimental to broader society, such as thefts, murders, and drug smuggling, instead of criminalising individuals who take part in consensual sexual activities.

Currently, only a few countries still outlaw sex outside marriage, including Malaysia and Iran. This is because a criminal law should address broader public interests, not interfere with private rooms.

We have successfully convinced the government and parliament to scrap the problematic contents – Articles 342 and 343 of the new Criminal Code – about environmental crimes.

However, the law still keeps the provisions on corporate criminal liability in Articles 46 and 48. In practice, these rules can only ensnare lower corporate officials such as field managers, who are often not the main actors in environmental crimes.

Also, environmental crimes are often carried out in well-planned strategies, which involve not only the “administrators”, but also high-level officials. All of them commit crimes on behalf of the business entity.

In short, this new Criminal Code will not pose a deterrent effect to the corporate actors but will instead become a haven for the perpetrators and their businesses.

Imagine the communities of traditional farmers or cultivators in remote areas who are exposed to dust or whose fish ponds are polluted caused by plantation or mining activities.

They want to complain and protest, but their villages are far from the centre of governance. Do they still have to secure a permit to be able to protest? Do they have to make a report first?

Their protest is usually only participated by dozens of people, unlike the protests occurring in big cities. And above all, protesting is part of their right to the freedom of expression and opinions.

Hence, it is clear that the Criminal Code is based on an urban mindset ignoring people’s interest in the villages and remote areas.

Nurul Fitri Ramadhani is a journalist that focuses on political, legal, and social issues. She is currently the politics and society editor at The Conversation Indonesia.

Robby Irfany Maqoma is The Conversation Indonesia’s Environment Editor. He covers environmental issues such as climate change, deforestation, conservation, and energy transitions. Previously, Robby was a Journalist at Tempo Group.