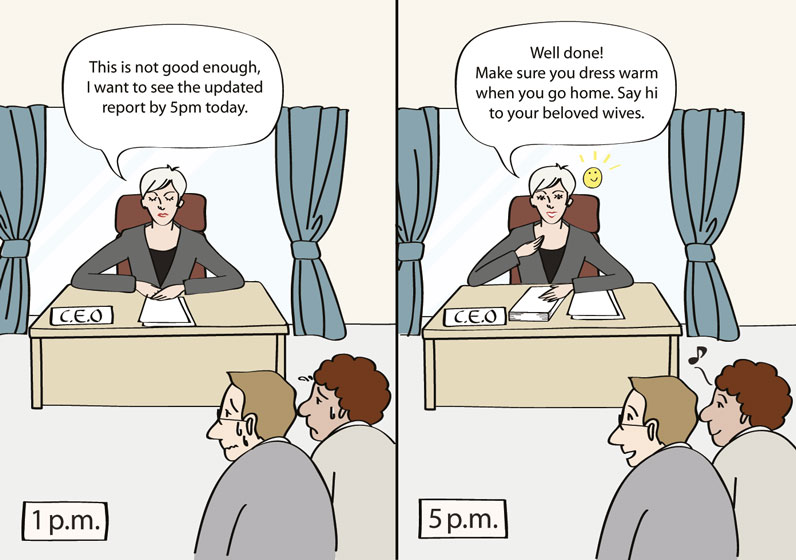 By Ginka Toegel and Jean-Louis Barsoux

In cultivating their leadership style, women have to be conscious of which traits they cultivate and which ones they suppress. Compared to their male counterparts, there are sharp differences in what they are expected to show and what they can “get away with”.

A common fallacy among some female executives is that they need to act like men to get ahead in organizations. But from our systematic work with executives on Switzerland’s Institute for Management Development (IMD) all-female Strategic Leadership program, the answer is not so straightforward. The challenge is actually two-fold: women must live up to collective expectations of what makes a leader, while at the same time remaining true to certain gender expectations.

Ginka Toegel ([email protected]) is a professor of leadership at IMD, Lausanne. She is the Program Director of Strategies for Leadership – a program for senior women executives – and Mobilizing People – a leadership development program. Her current research interests focus on factors that influence leadership effectiveness, processing negative emotions at the workplace, and diversity in organizations.

Dr. Jean-Louis Barsoux is a Senior Research Fellow at IMD ([email protected]). He specialises in leadership, change management and interpersonal relations. He is the co-author of several works on these topics, including Managing Across Cultures (Prentice-Hall, with Susan Schneider), The Global Challenge (McGraw-Hill, with Paul Evans and Vladimir Pucik), and The Set-Up To Fail Syndrome: How good managers cause great people to fail (Harvard Business School Press, with Jean-François Manzoni).