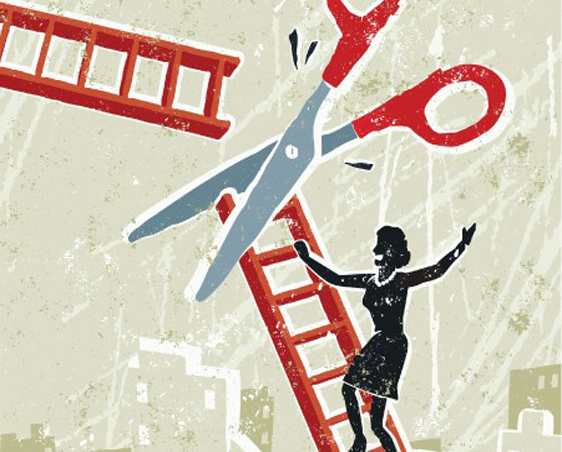 Women are still tokens in the corporate C-suite. In fact, many countries have static levels of female participation in top management – between 10% and 20% – despite an ever-growing talent pool.  Below, Karsten Jonsen argues the importance of gender diversity in the workplace, and considers what is holding women back.

Barriers to Gender Equality in the C-Suite

We have a long-standing romantic ideal that leaders are heroic, larger than life, aggressive, agentic males that control the environment and create game-changing visions – the late Steve Jobs was a case in point. In addition, there are well-documented psychological mechanisms in play for why men prefer to choose men for leadership positions, e.g. the similarity attraction paradigm and basic uncertainty reduction.1 Because men are in the driver’s seat, sponsoring and selecting their successors, we basically get homosocial reproduction: a system that men are best able to benefit from.

Women often work double-shifts, i.e. taking care of both career and household. When both are not working well, they tend to fall victim to retreat syndrome and focus on one area. And it often makes economic sense for families to focus on the career of the man, because his chances of success are much higher, and this decision is substantiated by the ongoing wage gaps that are currently widening in some countries, especially due to men’s higher bonuses.2