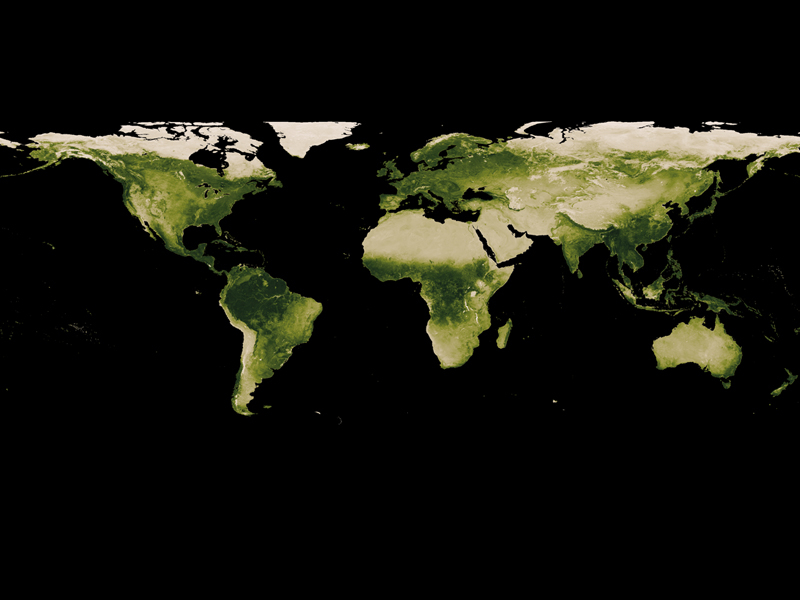 Humanity has been harvesting an increasing share of the Earth’s photosynthetic productivity. This has already resulted in a new world where the two species – cattle and people – dominate in mass terms but further losses lie ahead.

When asked about the most important metrics to gauge the state of the modern civilisation, most of the readers of this publication would name such variables as annual GDP growth, foreign reserves, inflation rates or accumulated debt. Their e-counterparts in general, and the Silicon Valley crowd in particular, would insist on listing microchips following Moore’s law, the omnipotent cloud, server capacities or the number of daily Facebook updates. A biologist must assume a great deal of self-control to call such notions misplaced and naïve. Existential requirements of Earth-based carbon-metabolising civilisations have not changed with the advent of hedge funds or Wi-Fi: photosynthesis is the world’s most important energy conversion, and the set of techniques we have been deploying for millennia to manage it (called agriculture) is the most fundamental activity that keeps us all alive. Harvesting the biosphere (besides food for humans and feed for animals there are also fuels and raw materials, timber and pulp above all) is incomparably more important than corporate mergers and viral You-tube videos.

Vaclav Smil is a Distinguished Professor Emeritus at the University of Manitoba in Canada, Fellow of the Royal Society of Canada and the author of nearly 40 interdisciplinary books on energy, the environment, food, population and technical advances.