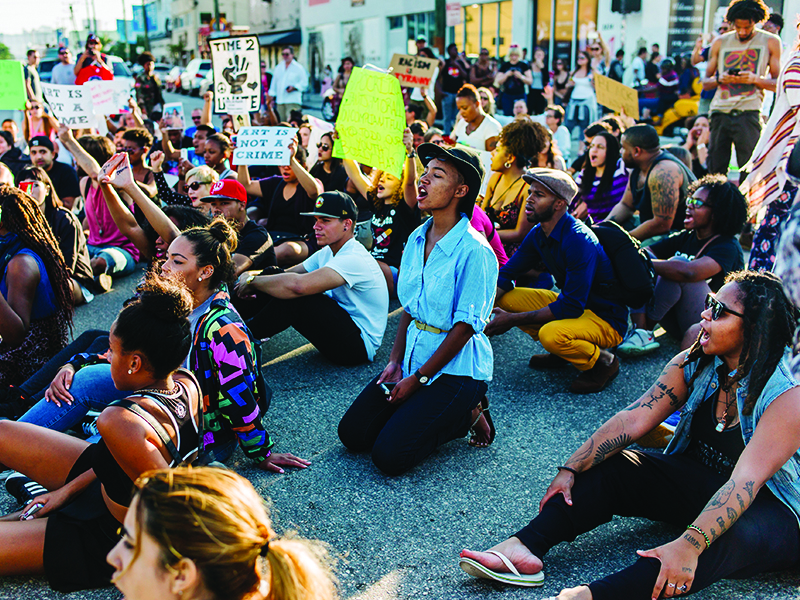 By Lawrence Ware and Rebecca Martinez

Many white people want to stop talking about racism. Consciousness implies action, and that kind of talking about race, ethnicity, and racism produces thinkers who challenge the status quo. White people think that this made people of color dangerous. Americans are doing all they can to appear as if they are wrestling with race without admitting historical fault or committing to change. This will not do.

Many white people want to stop talking about racism.

This may not be expressed explicitly, but it is communicated nevertheless. Sometimes it’s articles shared on Facebook highlighting the unsurprising fact that police officers are killed in the line of duty. Other times it’s the pushback to the specificity of emphasis in the slogan #BlackLivesMatter. At times, it is a backlash against teaching histories of oppression in our K-12 public schools and criticisms of college diversity requirements that claim to celebrate difference while ignoring power. More poignantly, it is the way people who were once friends suddenly become distant because you’ve now become ‘too political’. These are all passive aggressive acts of racial distancing that communicate a desire on the part of those in the majority for minorities to suffer in silence.