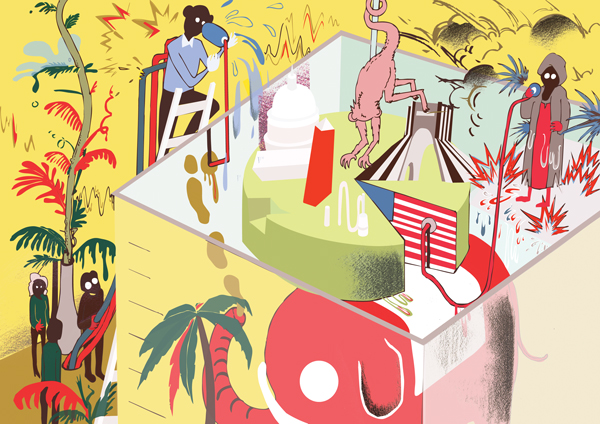 Strategic competition between America and Iran will shape not only the Middle East’s balance of power, but also the dynamics of international order through much of the 21st century. Determination to compel Iran’s subordination is driving Washington and a coterie of European states to violate basic principles of rules-based regimes governing key dimensions of international security and commerce. This renders productive negotiation with Tehran virtually impossible, and makes US foreign policy the world’s biggest source of political risk. It also prompts backlash from rising non-Western powers that could undermine the functioning of rules-based regimes for nuclear nonproliferation, trade, and other vital issues.

Ongoing strategic competition between the United States and the Islamic Republic of Iran will affect the balance of power in one of the world’s most vital regions for many years to come. Beyond the Middle East, how America deals with Iran will also shape the dynamics of international order through much of the 21st century.

More particularly, how Washington deals with Tehran will show whether America is open to sharing the prerogatives of global governance with rising powers in the global South. Such openness would greatly enhance prospects for conflict resolution with Iran; as the balance of economic and political power shifts from West to East, it would also enhance prospects for more effective global governance by aligning responsibility and capacity more accurately. Furthermore, it would help sustain America’s influence even as its relative power declines.

Flynt Leverett and Hillary Mann Leverett are authors of Going to Tehran: America Must Accept the Islamic Republic of Iran (New York: Metropolitan, 2013), which has just been released in paperback, with a new Afterword. They had distinguished careers in the U.S. government before leaving their positions on the National Security Council in March 2003, in disagreement with Middle East policy and the conduct of the war on terror. They teach international relations, he at Penn State, she at American University.

“There is a whole slew of highly dubious assumptions and narratives about Iran and the US’s relationship to it that are rarely challenged in any meaningful way in standard media circles. The Leveretts and Going to Tehran are vital to thinking critically about these claims…Both because of their expertise and their long immersion in these issues, they (and their data-filled book) deserve a prominent voice in all serious debates about Iran.”