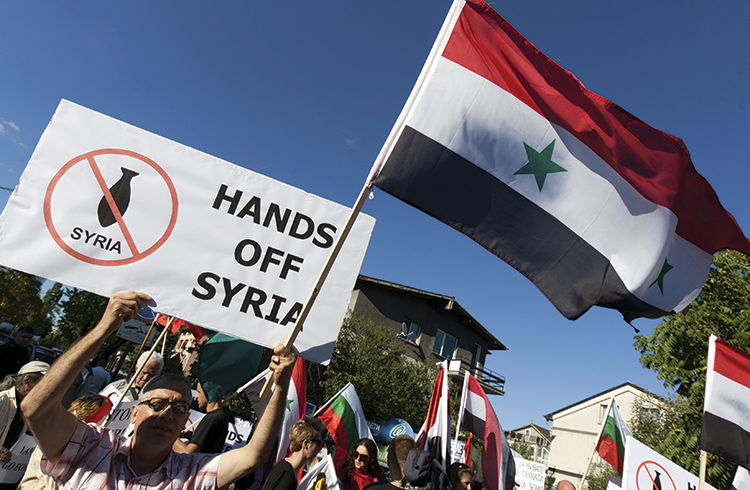 In recent years, the limits on America’s ability to shape important outcomes in the Middle East unilaterally—or even with a few European partners—have been dramatically underscored by strategically failed interventions in Afghanistan, Iraq, and Libya.  Last year, President Obama’s inability to act on his declared intention to attack Syria after chemical weapons were used there in August made clear that Washington can no longer credibly threaten the effective use of force in the region.  Still, American and other Western elites persist in thinking they can dictate the Middle East’s future by helping armed insurgents overthrow Syria’s recognised government.  If Western powers don’t drop their insistence that President Bashar al-Assad leave power—even though he retains the support of a majority of Syrians and is winning his fight against opposition forces—and get serious about facilitating a political settlement between Assad and parts of the opposition, they will do further damage to their own already distressed position in the Middle East.

Since protests broke out in parts of Syria in March 2011, Western policy has focused on destabilising President Assad and his government.  American, British, and French decision-makers calculated1 that, by undermining Assad, they could inflict a damaging blow to Iran’s regional position.  They also reckoned1 that targeting Assad would help coopt the Arab Awakening that had emerged in the months preceding the start of unrest in Syria.1 America and its British and French partners wanted to show that, after the loss of pro-Western regimes in Tunisia and Egypt and near misses in Bahrain and Yemen, it wasn’t just authoritarian regimes willing to subordinate their foreign policies to Washington that were at risk from popular discontent.  Western powers wanted to demonstrate that it was also possible to challenge governments—like Assad’s—committed to foreign policy independence.