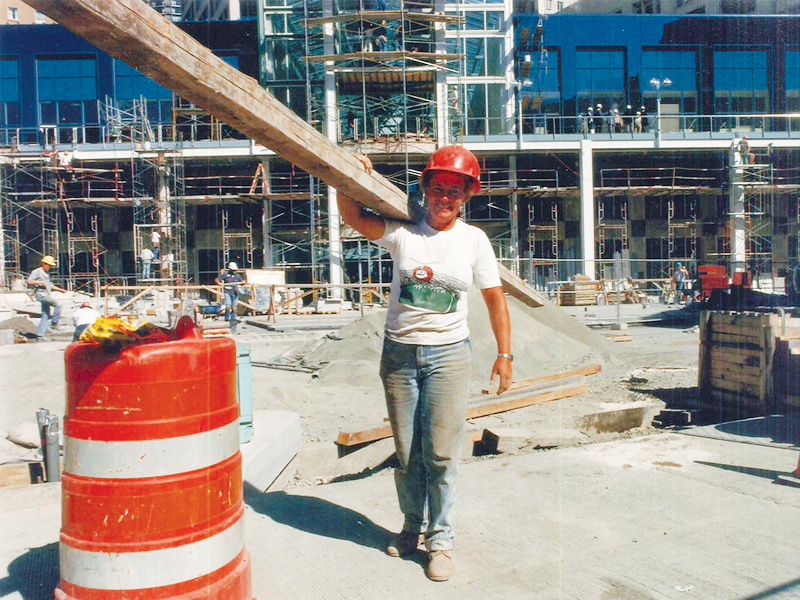 This article explores the working lives of women in manual and professional construction and transport occupations, finding that lesbians and heterosexual women may have different experiences of the highly sexualised, masculine work environments they encounter. It also discusses evidence from projects that have successfully increased women’s participation, suggesting that targets can be an effective strategy.

While women have made huge progress in many occupations formerly considered the preserve of men, such as law and medicine, some sectors such as construction and transport remain stubbornly resistant to women’s entry and progression. In the UK, women still only account for 1% of those in the manual trades, 12% of professional construction jobs, and around a fifth of those in transport occupations.

Despite the challenges of increasing women’s representation in these industries, evidence from my research shows that many women are eager to work in these male-dominated sectors, and that their participation brings benefits both to the women themselves and to the sectors. Recent public commitments to increase women’s numbers from leaders of major UK infrastructure companies suggest that this is a good moment for change. With sufficient industry leadership and support, I believe women can overcome the barriers to entry and make a significant contribution to these sectors.

My recent book, Gender and Sexuality in Male-Dominated Occupations: Women Working in Construction and Transport explores the working lives of women in the UK construction and transport sectors. It finds that despite the difficulties of gaining a foothold in male-dominated work – including resistance from employers and male colleagues, harassment and bullying, and inflexible working hours – women often gain a huge sense of satisfaction and empowerment from challenging gender stereotypes to show they can do a “man’s job”. The book also highlights that although being a minority gender at work has a significant impact on their day-to-day experience, this varies considerably according to sexuality and occupational group. My interview sample included both heterosexual women and lesbians, as well as women in a variety of professional and non-professional occupations – for example, engineers, project managers, surveyors, plumbers, electricians, carpenters and bus and train drivers. The research was designed to represent the diversity of women working in these sectors, and to include those who are often overlooked by research. While many studies have examined women’s underrepresentation in professions within Science, Technology, Maths and Engineering (STEM) areas, fewer have investigated women in the building trades or in operational transport roles. Furthermore, studies of women in male-dominated work frequently comment on the highly sexualised working environment, but very few explicitly talk to women about how their sexual orientation impacts on their working lives. Therefore the study adopts an intersectional approach, which pays attention to how categories of gender, sexuality and occupational class interact in women’s experiences of work.

Dr. Tessa Wright is Reader in Human Resource Management at the Centre for Research in Equality and Diversity, Queen Mary University of London. Her research covers equality and discrimination at work, with particular interests in gender, sexuality, intersectionality, male-dominated sectors and in strategies for advancing equality, including through trade unions.