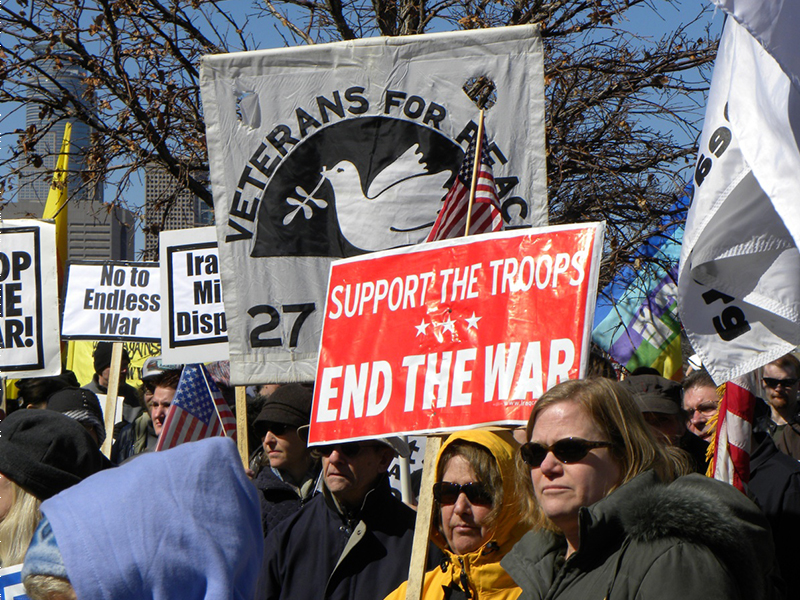 By Henry A. Giroux

As the United States has moved from a welfare to a warfare state, it has militarised every aspect of society. This article examines the diverse ways in which a war culture has seeped into almost every aspect of American society undermining both its democratic ideals and the institutions and formative culture that make democracy possible.

Michel Foucault once argued that “War is the motor behind institutions and order [and that] a battlefront runs through the whole of society, continuously and permanently, and it is this battlefront that puts us on one said or the other.” Foucault’s insight is particularly relevant today as American society is increasingly being organised for the production of violence. Moreover, this new fault line has given rise not only to the dark forces of authoritarianism evident in the political ascendancy and popularity of Donald Trump as the Republican Party presidential nominee, but also to a new and dangerous rupture between those who believe in democracy and those who do not. America is now at war with itself in the most literal sense given the savagery of a neoliberal political and economic system willing to destroy the planet, while relentlessly dismantling those institutions that make a democracy possible.

Not only are public spheres that serve the common good under siege, but American society is now conducting warfare against its own idealism, democratic institutions, the working and middle classes, minority youth, Muslims, immigrants, and all of those populations considered disposable.

As profit is transformed into the essence of democracy, the market governs not only the economy but all of social life, and the only relations that matter are commercial in nature. One consequence is that the discourse of compassion, justice, and trust gives way to an ethos that legitimates a sink or swim individualism, the celebration of self-interest, and a value system that disdains solidarity, empathy, and the public good. The war culture that saturates American society not only wages a relentless assault on the formative cultures and public spheres that make democracy possible, it also provides the breeding ground for a new mode of authoritarianism that threatens to engulf the whole of American society.

As Etienne Balibar argues, war has taken on an existential quality in that we are not simply at war, “we are in war”, inhabiting a war culture that touches every aspect of society.War is no longer simply an instrument to be used by political powers, but a form of rule, a general condition of the social order itself – a permanent social relation and coordinating principle that affects all aspects of society. The US has moved from a welfare state in the last forty years to a warfare state, and war has become the foundation for politics, wedded to a war on terror, the expansion of the punishing state, police violence, and a culture of fear that have become symptomatic of its most important regulative functions. Politics has become an extension of a comprehensive war machine and culture that aggressively assaults anything that does not comply with the current underlying economic, religious, educative, and political fundamentalisms.

Henry A. Giroux currently holds the McMaster University Chair for Scholarship in the Public Interest in the English and Cultural Studies Department. His most recent books are Dangerous Thinking in the Age of the New Authoritarianism (Routledge 2015), Disposable Futures: The Seduction of Violence in the Age of Spectacle (City Lights, 2015) coauthored with Brad Evans, and America at War with Itself (City Lights 2017), His web site is www.henryagiroux.com.