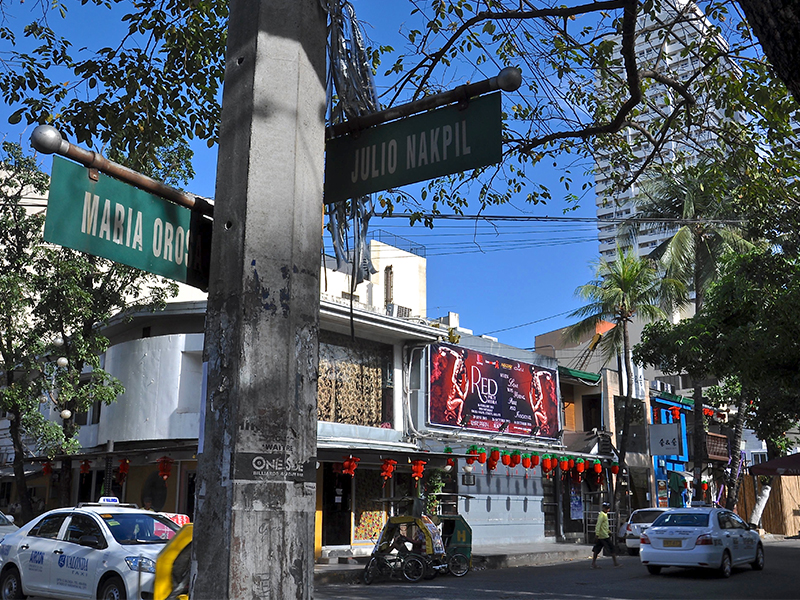 What exactly does “gay” have to do with gentrification? Looking at a case study of gay urban community in a global South city of Manila, the Philippines, this article looks at how gay community is both part of neoliberal urban development and resists it on the most intimate of levels.

Is there a role that gay men play in shaping the gentrification of urban neighbourhoods? Some claim that gay men are like a “canary in the mine”, forewarning the massive class transformation of the hood, replacing families (who have often lived there for generations), local cultures and businesses, with a cosmopolitan professional class that has a penchant for lifestyle consumption. Gentrification is only possible because of globalisation where we witness the onslaught of neoliberal commodity culture taking over urban spaces. Gay-led gentrification is when gay men, both economically and stylistically, lead the reinvestment into neighbourhoods that have, over a period time, experienced both political and economic disinvestment. Gay men move into economically depressed areas that have character to their eyes, and reinvest through stylised home renovations and cottage industry business development. Yet gentrification is complicated; it is not solely a process of economic disinvestment and reinvestment in urban space. When we scratch beneath the surface, we are encouraged to explore what sexuality has to do with globalised urban development patterns that are making their mark on cities worldwide.

Over thirteen years I studied the gay urban community in the Malate District, in the City of Manila, the Philippines. My focus has been different than other studies of Metropolitan Manila that look at this rapidly urbanising National Capital Region (NCR) as an overbearing, crushingly unequal, global South city. I wanted to understand why it was that gay men turned away from these global forces and rather followed, and acted upon, their experience of city space in meaningful, intimate, and connected ways. In other words, Malate’s story illustrates what “gay” has to do with gentrification because gay men countered the homogenising forces of neoliberal globalisation by applying distinct meanings of “gay” to the urban locales in which they lived, worked, and played. Their meanings were literally worked into the redevelopment of the neighbourhood.

The “gaybourhood” globally is both a site of co-optation and resistance, and therefore it is a key site for struggle over neoliberalism. Gay urban spaces are deeply performative, and what this means is that gay men performatively create the meanings of an urban space, and therefore these spaces tend to be generative of gay men’s desire, identity, and community, and are often associated with experiences of sexual freedom and irreverence. This is what ultimately becomes the colourful neighbourhood that is such a huge part of the gay imaginary. Yet with gentrification, this playful sexual space begins to be policed (and co-opted) because of a hope on the part of entrepreneurs and typically city hall that there will be a narrowing of sexual community into a profitable consumer enclave, where freeing expressions of sexuality are discouraged. This is the moment when certain racialised and classed gay men are marginalised from the gaybourhood. I’ve used a concept – intimate neoliberalism – to show how the spaces of neoliberal globalisation, such as a gentrifying neighbourhood like Malate, produce new controls over gay men that manifest in intimate ways. Yet at the same time, the gay men who made gay community employed intimacy as a way to struggle over these controls. When you look worldwide, gay community is made through the neoliberal relations of tourism, global urbanisation, and gay consumerism; these offer both economic fuel and a late capitalist ethos of individualism and consumerism that are so apparent in the gaybourhood. But gay community is also a reimagined connection to a place that sexual Others claim, and sometimes in the face of violence that gay men experience elsewhere. Intimacy shows the deep penetration of neoliberal control into gay men’s desire, identity, and lifestyle. It is also how gay men use intimacy – in the form of desire, identity, and relationships – to resist the alienating forces of neoliberal globalisation. These practices of intimate resistance, including key rejections of the global commoditisation of urban space and identity, were very much a part of the making of Malate’s gay urban community.

Dana Collins is an associate professor of sociology at California State University, Fullerton. She is author of The Rise and Fall of an Urban Sexual Community: Malate (dis)Placed, and she has published widely on her research in Manila. Her future research lies in the areas of “crisis” studies and food justice in the Philippines.