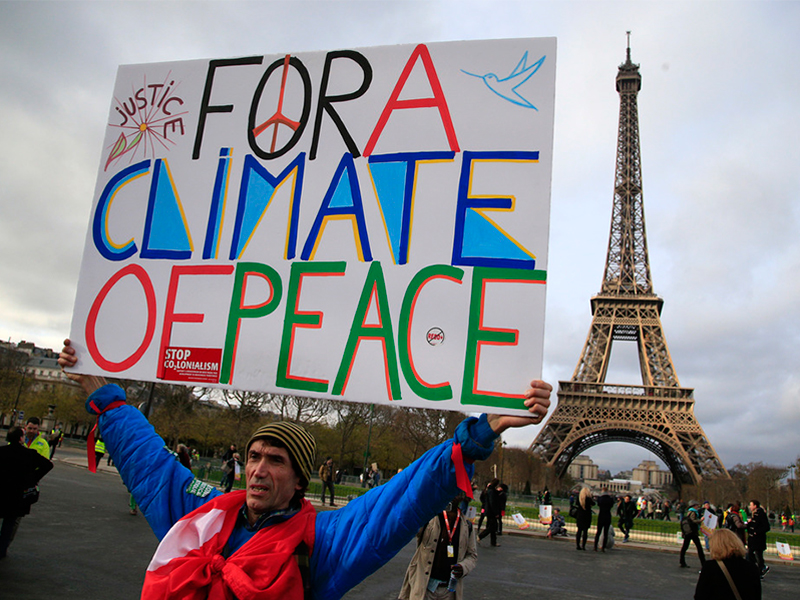 With the passing of the Paris Agreement on Climate Change, efforts to fight the changing climate’s causes and consequences have received increased support. This article discusses how the “losses and damages” of climate change can be managed, especially in poor and highly vulnerable countries.

Global efforts to fight the causes and consequences of a changing climate have received a welcome boost: the Paris Agreement on Climate Change has now passed the required threshold of country ratifications, and entered into force on 4. The aim is to keep the level of global warming well below 2° C and to better prepare for and adapt to current and future climatic changes. If and how all signatories will adhere to their pledges remains to be seen, it is a very encouraging step.

The Paris Agreement also promises increased support for those affected by a changing climate, particularly in poor and highly vulnerable countries. Under the heading “Loss and Damage” this aspect has now become a third pillar of the international climate architecture, with Article 8 of the Paris Agreement stating a goal of “averting, minimising and addressing loss and damage associated with the adverse effects of climate change, including extreme weather events and slow onset events”.

This topic is not new to the international climate change negotiations – the Alliance of Small Island States (AOSIS) alongside other developing countries and NGOs have since the 1990s been advocating for losses and damages arising from climate change to be recognised under any global climate change agreement.

The Paris Agreement reinforces this commitment towards Loss and Damage and it signals wide agreement across the international community that those countries most vulnerable and exposed need support. Less clear is how to achieve this: the interpretation of what Loss and Damage is and which tools are most appropriate differ widely amongst those involved in the discourse.1

Although lacking a clear definition, in its widest sense the United Nations Framework Convention on Climate Change’s (UNFCCC) Loss and Damage concept refers to the negative consequences of climate change, which are particularly challenging for those poor countries already exposed to harsh climate conditions. These impacts include both extreme weather events such as storms and floods, and slow onset phenomena such as sea level rise, ocean acidification or loss of biodiversity and desertification, with negative consequences for people’s livelihoods, assets, land, culture and ecosystems.

Swenja Surminski is a Senior Research Fellow at the Grantham Research Institute on Climate Change and the Environment, part of the London School of Economics and Political Science (LSE), where she works as Programme Leader for the “climate risk, insurance and private sector” work-stream at the institute, overseeing research projects from a multi-disciplinary field.