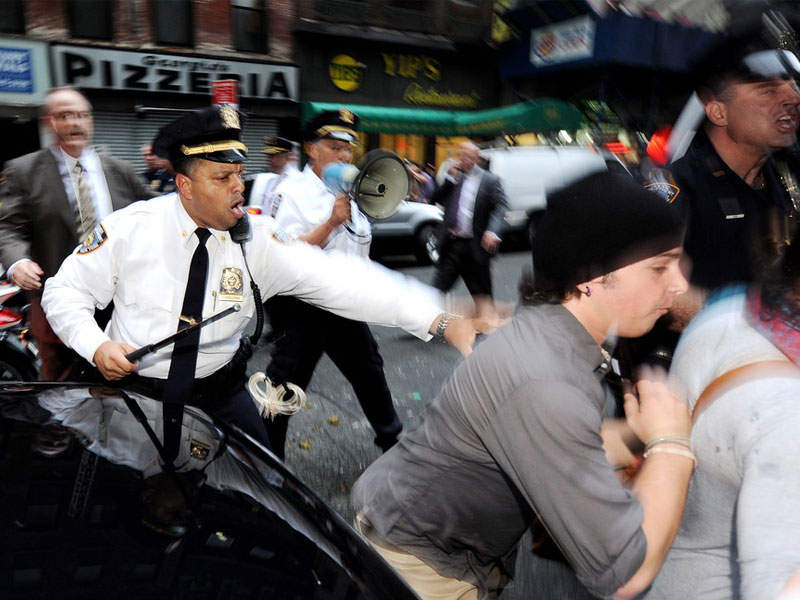 It was a turning point in the story of a new kind of democracy – and how the state tried to snuff it out. In a coordinated show of force, state and federal authorities evicted Occupy Wall Street (OWS) and a number of similar camps across the US. It was November 15, 2011 – and five years on, the legacy of Occupy has some important lessons for us.

Occupy’s “we are the 99%” meme successfully placed debates about class inequality at the centre of political debate. The enthusiasm generated by Bernie Sanders in the US presidential primaries this year can be explained by this renewed political consciousness and the confidence of young Americans in particular. Hillary Clinton’s failure to win over this constituency partly explains her failure to defeat Donald Trump.

In the inevitable soul-searching to come, we need to think carefully about the nature of our political institutions and constitutions – and how they can serve all, not just the few, the powerful. In this respect, Occupy offers us a positive alternative to the status quo – a way of building bridges between diverse groups and empowering all.

Occupy put anarchism back on the political map. The anarchists of Occupy taught us that organisations can be structured differently and showed us that political movements don’t have to crystallise around political parties, businesses or even NGOs.

The anarchists of Occupy created another way to constitutionalise – that is how to constitute ourselves as a political community – involving the people in all elements of decision making and identifying and combating domination in all its forms. This may strike you as ridiculous, but our research suggests that constitutionalising in this way is routine in anarchist groups such as Occupy, and has much to teach us all, especially in the new Age of Trump.

Ruth Kinna is a Professor of Political Theory at Loughborough University.

Alex Prichard is a Senior Lecturer in Politics at University of Exeter.

Thomas Swann is a Research associate at Loughborough University.