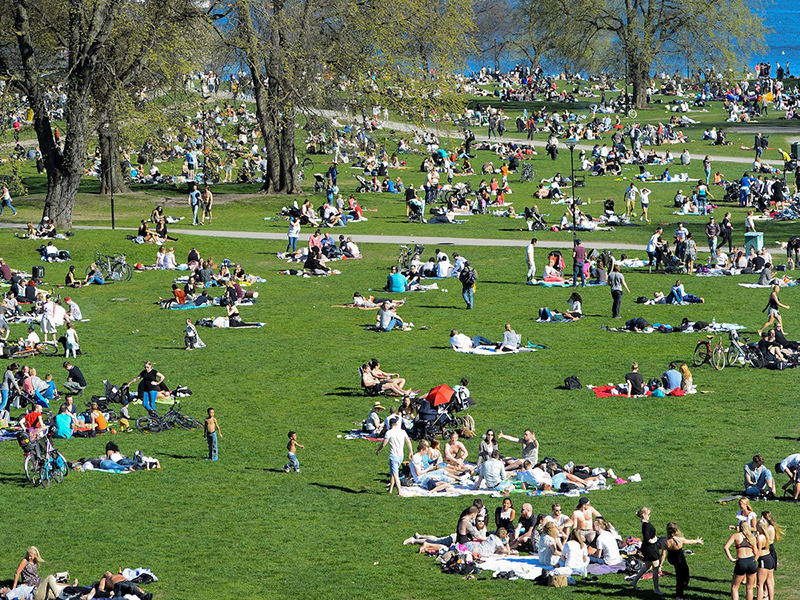 As anxieties about an economically unstable future grow globally, there is an alternative mindset much closer to home–literally just around the corner, in fact. Instead of relying on federal policy, our local communities are constructing an economy and a way of being that promises more stability and more local control.

2016’s surprise Brexit results in the UK and Trump’s election in the US are an indication that something fundamental is shifting in our economic and cultural landscape. There is waning faith that central governments–whether in Brussels or Washington and whether conservative or liberal–have the capacity to make a real difference in our lives.

No matter which way people leaned in the ballots, however, voters throughout the West agree that something needs to be fixed. Instead of being outwardly focussed on global forces or ceding all power to federal governments, many citizens around the world are turning their sights inward to what they can control: the cooperative economy and becoming more connected with their local communities.

These votes highlight a profound distrust in some of the closely held beliefs that affect our economic and social well-being.

This community-concentrated mindset calls for a long-term shift in our economic thinking. Modern economic beliefs have been founded on assumptions of scarcity and a near-religious belief in competition and growth. These beliefs have produced a set of betterment measurements: unemployment statistics, average income, purchasing power, and gross domestic product.

Up until now, such metrics have become traditional yardsticks for the “good life”. This economic narrative implies that happiness and prosperity can be achieved by brilliant schooling, which leads to well-paying jobs, which leads to increased purchasing power, which leads to bigger houses and more assets. And yet the good life remains out of reach for too many: Families in the US are still impacted by the mortgage crisis, new jobs are in the lower-paying service sector, student debt is high, and the average family credit-card debt is over $15,000, not counting car or home loans. And there is a solution that doesn’t rely upon federal political policy or the whims of the global economy.

For example, cooperative housing involves jointly owned property with common spaces for cooking and eating, common areas for children to play, and privacy areas for times you want it. In the business sector, there are an estimated 30,000+ cooperative businesses in the US producing over 850,000 jobs; Ace Hardware and REI are two of the best known.

There is also a rising non-monetised economy. TimeBanks, which currently operate in 30 US cities, record each hour of generosity among neighbours, converting that time into additional volunteer hours to be spent at will. These community-based models represent a profound shift towards an economics of mutuality. Instead of defining economics as the allocation of scarce resources, these models are based off the belief that in any given system, there is enough.

The results of this experiment included a less isolated citizenry, more trust in the institutions of the city, and increased feelings of safety.

The effort is now being replicated in fifteen additional neighbourhoods in Edmonton.

Now is the moment to take the idea of a cooperative economy and community-building seriously. As David Brooks declared in a recent New York Times column titled “The Great Affluence Fallacy”, “Maybe we’re on the cusp of some great cracking. Instead of just paying lip service to community while living for autonomy, I get the sense a lot of people are actually about to make the break and immerse themselves in demanding local community movements.”

This crack could signal the beginning of an effort to reclaim the common good and reinvest in a promise we can believe in. Instead of looking outward or upward for solutions to our economic anxiety, we should be looking inward toward local and cooperative actions, plus a dose of neighbourly affection.

This was first published in Quartz on 18 November 2016

Peter Block is author of “Flawless Consulting, Stewardship, Empowered Manager, Community: The Structure of Belonging, The Abundant Community” and the founder and partner in Designed Learning.