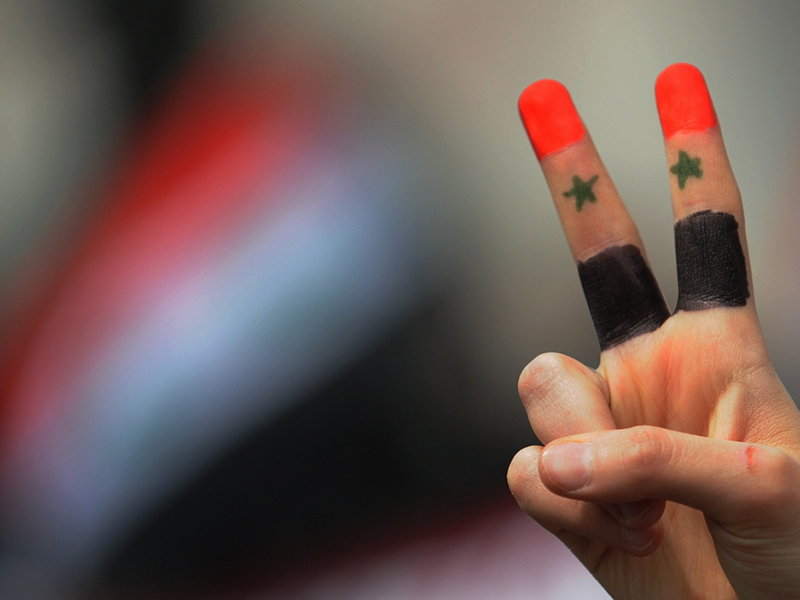 As the war in Syria continues to rage on, it is becoming more and more obvious that the battle taking place is about much more than Syria as a country. In this place, the cradle of civilisation, there are now two warring ideologies. One that demands total fealty and the absence of all dissent, and one that believes a nation’s people should decide for themselves the direction of their country. One ideology wants to force its hegemonic world system upon all other nations, and the other contends that nations should choose their own direction.

This is not to argue perfection on the part of Syria or Russia by any means. But it is a reality nonetheless.

Even in the United States itself, a battle is raging that will determine whether or not the country will continue to march forward in totalitarianism and decline or whether individual choice and high living standards will rule the day. The elections have been, of course, merely a manifestation of the most vile elements of American society and the battle continues on despite the result.

Those vile elements are exactly those which Syrian President Bashar al-Assad’s political and media advisor addressed when she recently took to social media to condemn Western policy in Syria. But it was not only the foreign policy of proxy wars that Bouthaina Shaaban condemned,

In a world where lies and rumours replace facts, and become central to the corporate media narrative; in such a world you only feel absolute comfort when you sit down with friends, allies, and partners who share your principles, values, and ethical standards, and do not dispute the fundamentals of your principles and objectives.

It was what she described as an attitude of “racism” and “supremacism” that accompanies those policies.

As you go smoothly through the meeting’s agenda, simply because everyone means what he says and does what he promises, you start thinking about the difficulties you face with the other side, and you remember that the reasons behind the pointless discussion with their officials are lack of honesty and the contradictions between their true motives and what they express in public. Right there, you sense what is wrong with our world today, and what is the main source for the troubles we face, ranging from wasting time in pointless discussion all the way to the loss of innocent lives, the destruction of countries, and denying entire generations the right to education and a free and dignified life.The foreign ministers of the Russian Federation, the Syrian Arab Republic, and the Islamic Republic of Iran met in Moscow, and it was clear that all of them are departing from a deep belief in the sovereignty of states, a rejection of foreign intervention, the right of people to decide their fate away from foreign dictates, a rejection of land grab by force, and absolute solidarity with peoples suffering injustice and the loss of their rights. And when the discussion is based on such principles, and on the unity of ideas, values, and ethics, it is not too difficult for such a discussion to reach important strategic conclusion, which would shape the future.

Brandon Turbeville is the author of 7 books, such as “The Road to Damascus: The Anglo-American Assault on Syria” and “The Difference it Makes: 36 Reasons Why Hillary Clinton Should Never Be President”. He is the host of the “Truth on The Tracks” at UCYTV.