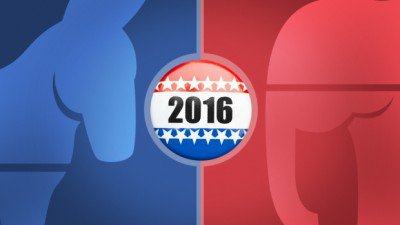 If the 2016 presidential campaign was a national disgrace, the reaction of the losers is an even more disgraceful spectacle. It seems that the political machine backing Hillary Clinton can’t stand losing an election.

And why is that?

Because they are determined to impose “exceptional” America’s hegemony on the entire world, using military-backed regime changes, and Donald Trump seems poised to spoil their plans. The entire Western establishment, roughly composed of neoconservative ideologues, liberal interventionists, financial powers, NATO, mainstream media and politicians in both the United States and Western Europe, committed to remaking the Middle East to suit Israel and Saudi Arabia and to shattering impertinent Russia, have been thrown into an hysterical panic at the prospect of their joint globalisation project being sabotaged by an ignorant intruder.

Donald Trump’s expressed desire to improve relations with Russia throws a monkey wrench into the plans endorsed by Hillary Clinton to “make Russia pay” for its bad attitude in the Middle East and elsewhere. If he should do what he has promised, this could be a serious blow to the aggressive NATO buildup on Russia’s European borders, not to mention serious losses to the U.S. arms industry planning to sell billions of dollars worth of superfluous weapons to NATO allies on the pretext of the “Russian threat”.

The war party’s fears may be exaggerated, inasmuch as Trump’s appointments indicate that the United States’ claim to be the “exceptional”, indispensable nation will probably survive the changes in top personnel. But the emphasis may be different. And those accustomed to absolute rule cannot tolerate the challenge.

Diana Johnstone, Ph.D., is author of The Politics of Euromissiles (Verso, 1982), Fools’ Crusade: Yugoslavia, NATO and Western Delusions (PlutoPress, 2002),  and Queen of Chaos, the Misadventures of Hillary Clinton (CounterPunch, 2015). The memoirs of her father Paul H. Johnstone, From MAD to Madness, are soon to be published by Clarity Press, with her commentary.