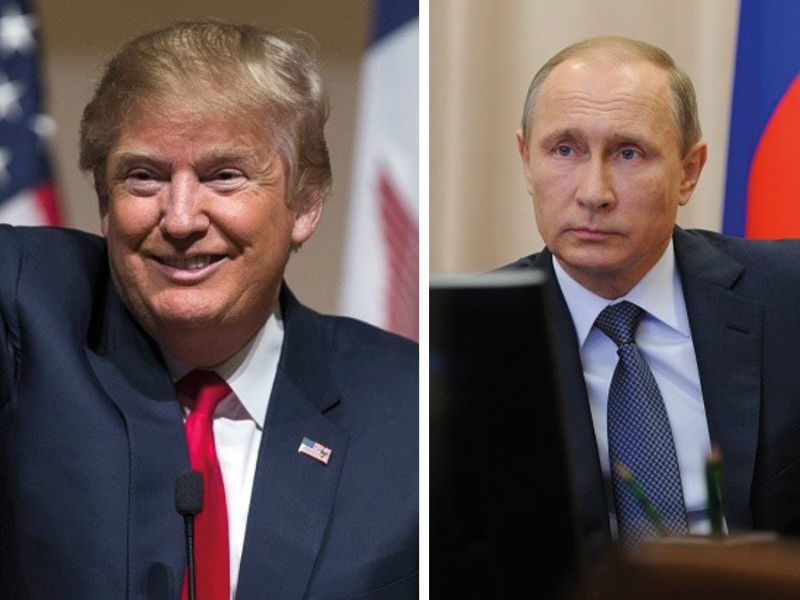 Democracy, what was left of it, has been gradually eviscerated throughout the world by Washington and its handlers. The New Future over the next perhaps several hundred years is in the East. Alliances may form and become partners, if they so choose. – Mr. Trump knows it.

Russian “Hacking” and tilting the American elections in favour of Donald Trump’s is one of the most flagrant lies the White House has thrown around the world. Yet, Mr. Obama is desperate to make the American people and the word believe it did actually happen. As Goebbels, Hitler’s Propaganda Minister, said some 70 years ago, and many before and after him, “If you repeat a lie often enough, it becomes the truth.”

In a last-ditch effort, Mr. Obama ordered the nation’s top intelligence (sic) agencies to fabricate a 25-page report, “proving” that Vladimir Putin himself directed a cyberattack “aiming at denying Hillary Clinton the Presidency”. Thus, stated by the New York Times, Washington’s key lie spreading mouthpiece – the ultimate untruth is hammered down. It actually contradicts these agencies – CIA, NSA, FBI et al – earlier declarations, saying there was no evidence of Russian hacking. Now they have to come forward with a testimony to the contrary, that Russia, under Mr. Putin’s command hacked the US to steal Hillary the election.

What a primitive sham, if there was ever one! An attempt at outright brainwashing US citizens and peoples around the world. There were much more sophisticated means at play than cyber-attacks,

namely mind manipulation by a small British data analysis firm, called Cambridge Analytica, hired by Trump’s campaign team – not to hack – but to analyse specific target groups’ mind sets, specifically in swing states, to influence their votes by highly sophisticated and targeted propaganda, either in favour of Trump or against Hillary (see also http://thesaker.is/mind-manipulations-to-influence-election-results/).

With so much power and authority, like those attributed to top intelligence agencies, proclaiming that President Putin directed cyberattacks against “fair and democratic US election” – who would not believe it? – That’s heavy stuff. You would think that such agencies must have serious sources and made serious analyses to come unanimously to the same results: Russia is guilty. It makes you forget or at best confused in the light of their conclusion to the contrary before.

Peter Koenig is an economist and geopolitical analyst. He is also a former World Bank staff and worked extensively around the world in the fields of environment and water resources. He writes regularly for Global Research, ICH, RT, Sputnik, PressTV, The 4th Media, TeleSUR, TruePublica, The Vineyard of The Saker Blog, and other internet sites. He is the author of Implosion – An Economic Thriller about War, Environmental Destruction and Corporate Greed – fiction based on facts and on 30 years of World Bank experience around the globe. He is also a co-author of The World Order and Revolution! – Essays from the Resistance.