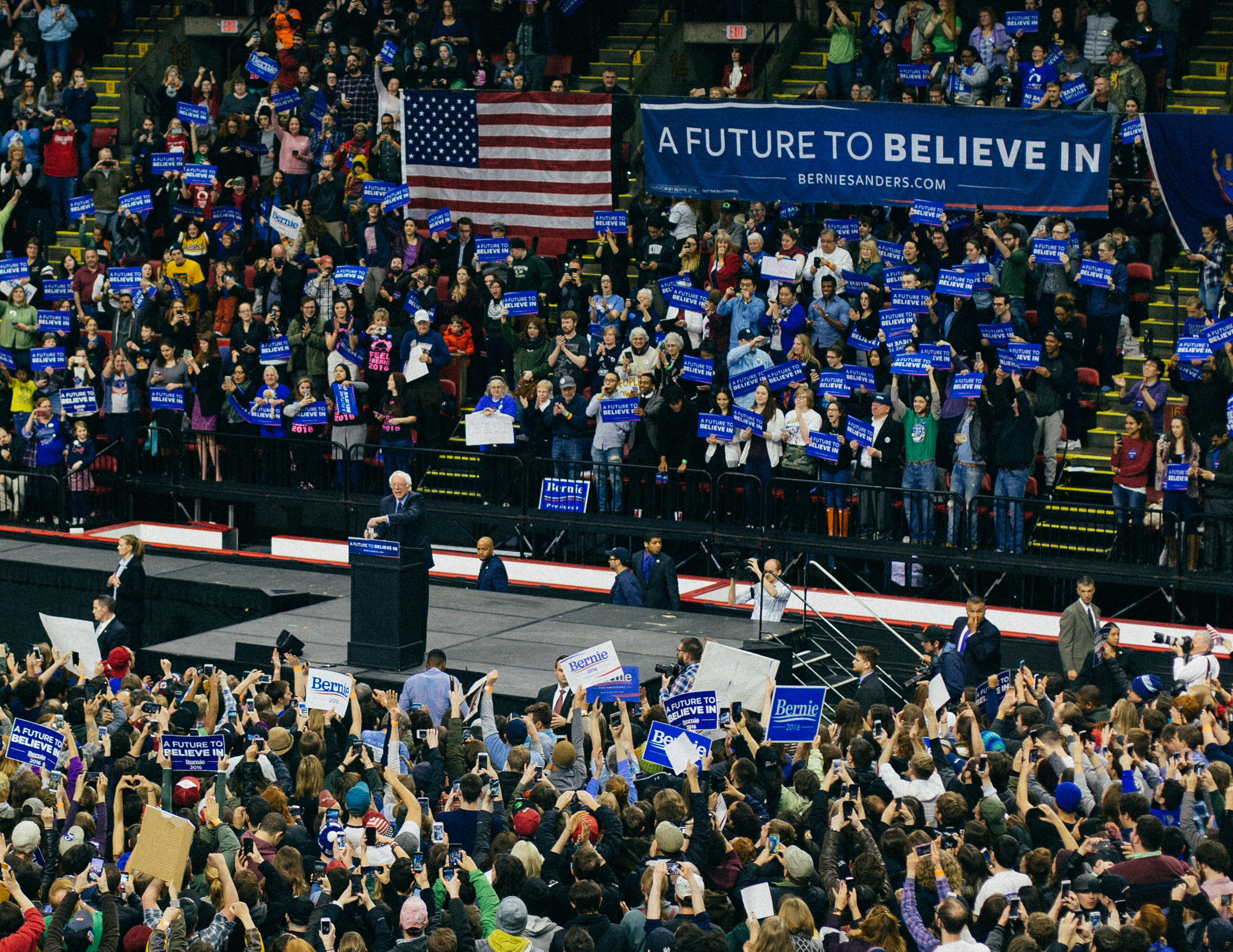 Highly popular candidates such as Bernie Sanders and Jeremy Corbyn were deemed unelectable. In being described as unelectable, these politicians are being excluded due to the fact that they don’t fit within the proscriptions of neoliberal politics and economics. Instead of the government being sovereign and demanding a certain people, it is the people that must demand governance through a range of structures and processes that are built on mass participation.

In 1953, after the failed uprising in East Germany, Bertolt Brecht wrote the poem “Die Lösung” (The Solution):

After the uprising of the 17th of June
The Secretary of the Writers’ Union
Had leaflets distributed in the Stalinallee
Stating that the people
Had forfeited the confidence of the government
And could win it back only
By redoubled efforts. Would it not be easier
In that case for the government
To dissolve the people
And elect another?

These last lines, the ones about the government dissolving the people and electing another, have come to typify the attitude of authoritarian regimes that see themselves as the correct realisation of the will of the people, even if the people don’t in fact express that will themselves. The people, in such an eventuality, are simply wrong and must be put right by the government, with the expectation that the means of this putting right can extend to violent force.

Brecht’s eloquence on the subject can be applied not just to examples of overt tyranny but as readily to the mentality of modern day neoliberal governance. One of the clearest and most recent examples of this can be seen in the response of elites in supposedly left-of-centre political parties in the US and the UK to left-wing candidates, Bernie Sanders and Jeremy Corbyn respectively. In both cases, the established leaderships of the Democratic Party and the Labour Party decried the candidates as “unelectable”. In Corbyn’s case, nationwide polling and some by-election results certainly haven’t been yet able to disprove this claim, but the charge of unelectability was made even before such polling was evident. For the Democrats in the US, however, the polling for Sanders nationally was consistently stronger versus Donald Trump than was polling for Hillary Clinton in the same predicted race. It was clear from quite early on the primary process that Sanders had a far better chance of beating Trump than Clinton, with explanations often coming down to his anti-establishment appeal to working class voters left behind by the economic process of de-industrialisation.

Yes, Clinton was still predicted to beat Trump, but on such a knife-edge that that result was far from certain; history has been the decider in this case. A similar approach can be seen within the elite of the Labour Party in the UK. Since Corbyn was elected as leader following a poor showing for the party in the 2015 General Election, the (neo)liberal centre that became entrenched under Tony Blair (some his supporters, others fractionally to the left but still committed to centrist politics) have used every opportunity to undermine his more left-wing leadership, even if that has meant undermining the ability of the party as a whole to act as an effective opposition. Just as the elite of the Democratic Party, it seems, would prefer a Republican president to a left-wing Democrat, so too would the elite of Labour prefer a Conservative government to a left-wing Labour one.

For these party elites, the issue at stake is not as simple as how they act in the face of evidence. Indeed, in the case of Corbyn the evidence of his popularity is far less convincing than in that of Sanders. Rather, of importance here is the ways in which they both made use of the idea of “unelectability” to discredit the respective candidates. Both Sanders and Corbyn, we were told by those at the top of their parties, were unelectable. They would be unable to win general elections. While the example of Corbyn may well support this narrative (although without being undermined by the party and in the media, perhaps the polling would be otherwise), the example of Sanders certainly doesn’t. The fact that a highly popular candidate was deemed unelectable suggests that the term refers less to electability and more to something else entirely.

Thomas Swann is a Research Associate at Loughborough University working on the “Constitutionalising Anarchy” research project (www.anarchyrules.info). He completed his PhD at the University of Leicester School of Management in September 2015. He is a member of the international advisory board of the journal Anarchist Developments in Cultural Studies and in 2014 co-edited a ground-breaking special issue of the journal ephemera on anarchism and critical management studies. Dr. Swann has published on anarchist ethics and organisation theory and has contributed to public debates on Scottish independence, contemporary social movements and the connections between anarchism and cybernetics. His writing has appeared in The Conversation, TIME, Roar Magazine, Bella Caledonia, the Times Higher Education Supplement and OpenDemocracy.