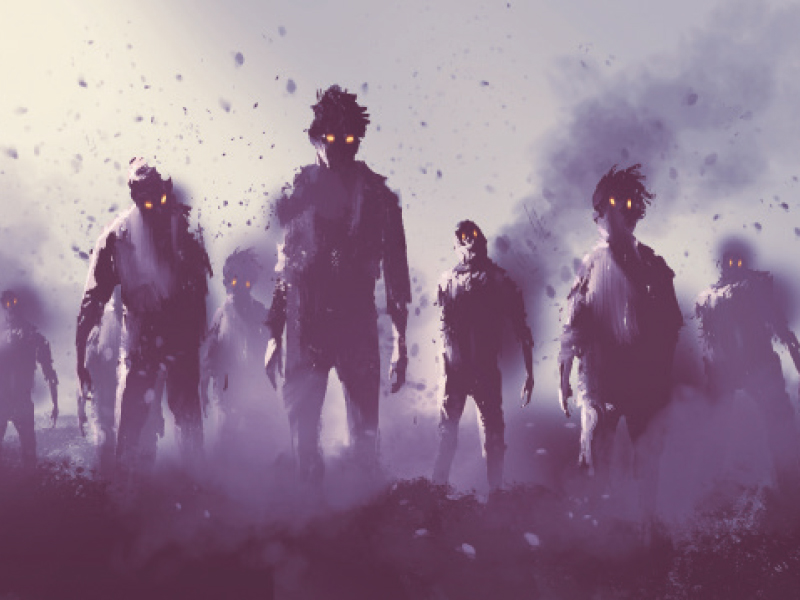 By Alexander Cohen and Chase Pielak

Zombies mirror deep seated cultural fears of lack of control, lawlessness, and powerlessness. In the modern world, they are a fascinating stand-in for our fears; while we cannot solve social problems, we can fantasise about defeating zombies, a ritual that is ripe with meaning.

We initially conceived of our project, Living with Zombies: Society in Apocalypse,1 as a response to the current ideological political system operating in America. Our society, we argue, is reflected in the zombie films, shows, and literature that are ever so popular at the moment. We consider, for example, AMC’s The Walking Dead2 and Max Brook’s novel World War Z.3 In such works, zombies mirror deep fears of a loss of control of the self, government, society, and even civilisation. After all, what could be more frightening to a populace that is supposedly empowered by democratic norms and institutions than a host of mindless undead unable to make meaningful choices for themselves? Indeed, horror reflects the fears of the times, and such reflection is not limited to the American pathos. Dracula, for example, reflects the fears of Victorian England by evoking, in dark form, deep seated anxieties regarding globalisation and the encroachment of the menacing unknown that accompanied it. In contemporary America, zombies reflect a sort of dreadful zeitgeist that cries out that we, as a global society, are not in control of our own destiny.

One needs not look far see these fears playing out in political action and popular discourse. In Europe, separatist movements are in vogue. The UK, seeking to regain control of its economic destiny from chaotic forces beyond the channel, has left the European Union in a somewhat shocking reversal of fifty years of foreign policy; internally, and somewhat ironically, many in Scotland seek to separate from London so that they, too, are not led by forces they believe to be beyond their control. Globally, we see a terrifying inability to rationally confront environmental crises like climate change, ongoing health crises throughout the developing world, and violent civil wars. Even as we grow closer together, our ability to actually help one another has never been more in doubt. We feel powerless to resist the challenges of our times, even as the horizons seem to continually darken.

Dr. Alexander Cohen studies and teaches American politics.  His work in Political Science has appeared in venues such as PS: Political Science, The Social Science Journal, and Field Methods. Additionally, he is the co-author of Living with Zombies published by MacFarland Press.

Dr. Chase Pielak teaches English at Auburn University. His previous books include Living with Zombies and Memorializing Animals during the Romantic Period. Shakespeare and Zombies: The Zonnets is forthcoming with McFarland Press.