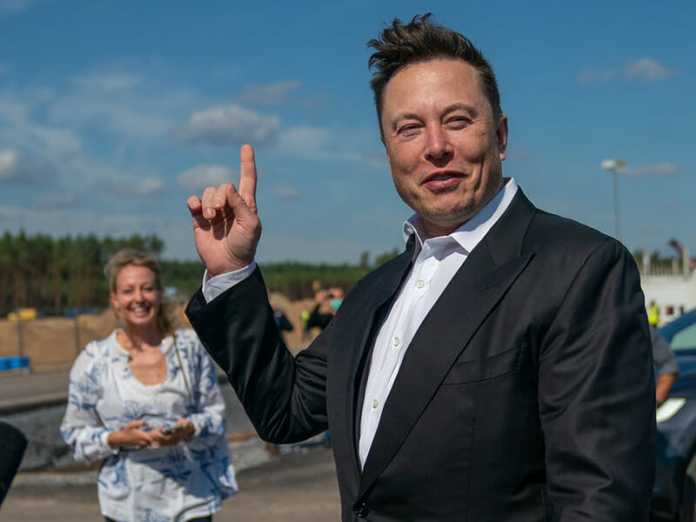 After Tesla announced it has invested US$1.5 billion in bitcoin and expects to start accepting the cryptocurrency as a payment for its electric vehicles in the near future, the bitcoin price went soaring. It went from around US$39,400 to an all-time high of over US$48,000 in less than 24 hours.

The price is now up by over 50% in the first six weeks of 2021. Led by Elon Musk, Tesla’s investment is obviously in profit already: depending on the exact day of the purchase, it is likely to be worth over US$2 billion, pointing to a paper profit of over US$500 million. To put that in context, when the electric car-maker made its first ever annual net profit in 2020, it was just over US$700 million. 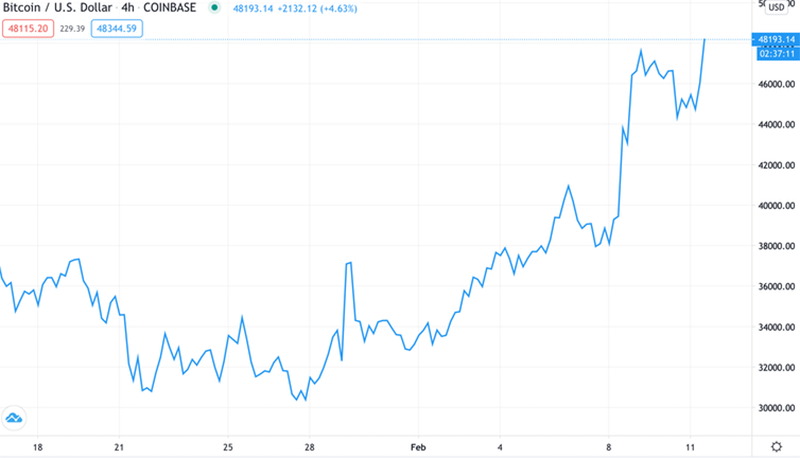 Tesla’s move into bitcoin comes on the back of a wave of institutional money invested in the leading cryptocurrency in recent months, plus numerous other companies putting it into their treasury reserves. With the world’s sixth most valuable company also saying it might buy and hold other digital assets “from time to time or long term”, it must be tempting for other major companies to do likewise. Since the Tesla announcement, Twitter finance director Ned Segal has already signalled that his company is considering such a move, while a research note from the Royal Bank of Canada has made a case for why it would benefit Apple.

The prospect of a bluechip invasion into bitcoin has caused much excitement among cryptocurrency investors. But if Tesla does trigger such a goldrush, there will also be some unsettling consequences.

Tesla justified this material change in the way it manages its treasury reserves by stating that investing in bitcoin will “provide us with more flexibility to further diversify and maximise returns on our cash”. Corporate treasurers have always used the money markets to invest surplus cash to eke out small yields, and it is harder than it used to be in the current long-term low interest rate environment.

All the same, this is very different to standard money management. Bitcoin is a highly volatile asset that you would not typically associate with the cash reserves on the balance sheet of a listed company worth close to a trillion US dollars. As recently as March 2020, the price dipped below US$4,000. Even in 2021, the price fell more than 30% before its most recent surge. 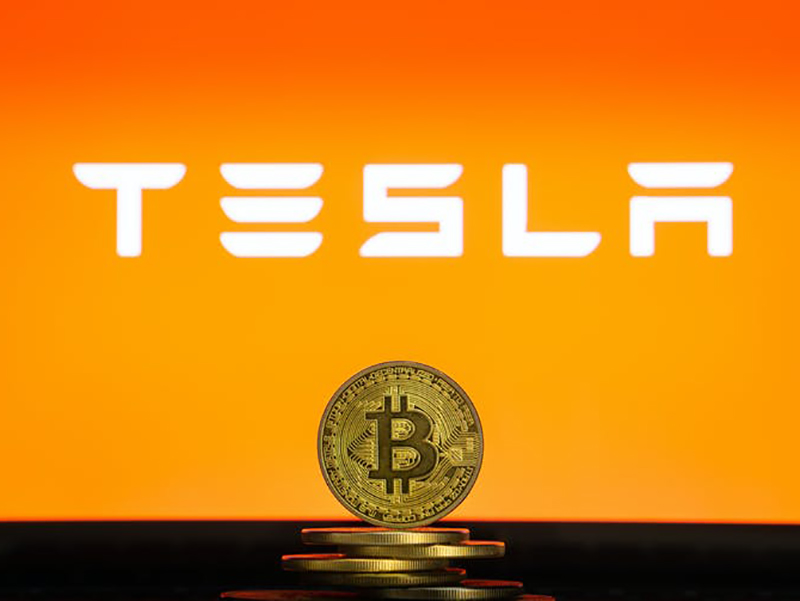 Tesla has put almost 8% of its reserves into the cryptocurrency. If Apple, Microsoft, Facebook, Twitter and Google were to do the same, this would translate into almost another US$7 billion investment. This is less than 1% of the total current worth of the bitcoin market, but the signal that it would send to other companies and retail investors would likely trigger a bull run that would make the current market look comparably stable. Some crypto analysts are already predicting that the price will rise to US$100,000 or even US$200,000 before 2021 is out.

Such a rise would drive up the value of the bitcoin on corporate balance sheets to multiples of what it was at the time of investment. Tesla’s 8% allocation may already have gone up to 12% of the value of its reserves, for instance. And if it follows through on a potential plan to keep any bitcoins it receives for electric cars instead of converting them into dollars, that percentage could rise all the faster.

The problem is the potential effect on company share prices. Tesla’s share price rose 2% on the news of the bitcoin investment, though it has since fallen by 5%. But a longer term example is Canadian tech company Microstrategy. Its share price has ballooned tenfold in value in the past year on the back of a heavy investment into bitcoin, but is also down by almost a quarter in the days since the Tesla announcement.

Writ large, this could make stock markets far choppier in future – and vulnerable to a nosedive when the bitcoin bull market ends. It would be easy to imagine that this could prompt a wider wave of selling as investors sought to cover their loss-making positions, which could be very dangerous for financial stability.

What the regulators will do

Global regulators will no doubt be concerned about a potential volatility spillover from digital asset prices into traditional capital markets. They may not permit what could quickly amount to effective proxy approval by the back door for companies holding large proportions of a volatile asset on their balance sheets.

The view from US regulator the SEC will be extremely important, and it is difficult to predict the response of newly appointed head Gary Gensler, who is himself a crypto expert. We may see anything from a wait-and-see approach through to a ban on listed companies holding any bitcoin-like assets.

But I would expect that if the price of bitcoin continues towards US$100,000, there may be a regulatory restriction on the reserve percentage that listed companies can hold in digital assets. This would be similar to the US rule that companies cannot buy back more than 25% of the average daily volume of their own stock. Such a rule would force companies to sell bitcoin if a price increase meant their holdings broke the maximum level, creating a form of sell pressure that the crypto market has not seen before.

For now, however, bitcoin continues to look like a “buy” asset on the back of the Tesla announcement. The crypto community will be watching to see whether other major companies follow suit, and whether Tesla has the conviction to stay invested when its next quarterly announcement comes around. But if this trend continues, make no mistake that a reckoning will be coming over the prospect of the heady volatility of the crypto market going mainstream. Watch this space.

Gavin Brown is an Associate Professor in Financial Technology at The University of Liverpool where he is the FinTech lead. His research focuses on payment technologies & the future of money, specifically cryptocurrencies and stablecoin pricing.

Gavin is a Fellow of The ICAEW as a chartered accountant. He is listed on the FCA’s Register. He is also a Co-Founder and Director of a digital assets fund.

From 2017 to date Gavin has performed in excess of two hundred media engagements reaching an audience of 100+ million people.

Gavin has been an invited keynote speaker at; The House of Lords, The Isle of Man Government, The University of Oxford, The University of Manchester, HMRC, The Bank of England, H.M. Treasury, The Civil Service and CASS Business School.

He is a published author having written the book ‘Algorithms, Blockchain & Cryptocurrency’ with Emerald Publishing in 2020. Gavin is currently writing two more books with Emerald publishing, ‘Money 2030’ & ‘Spending without thinking’, scheduled for publication in 2021.

Gavin is a thought leader in cryptocurrencies with a significant media profile. He has been interviewed by live television (BBC & CNBC) & radio (BBC Radio 4 & 5). He has also written articles and provided media commentary for leading national newspapers, including; The Daily Telegraph, The Conversation, The Independent, The Financial Times, The Times, The Metro, Yahoo Finance, The Sunday Times, Moneywise Magazine, Forbes Magazine, The ICAEW, The Government Gazette for The E.U. & The Daily Express.

Tokyo Olympics: no spectators is bad for business, but hosting could still bring long-term benefits