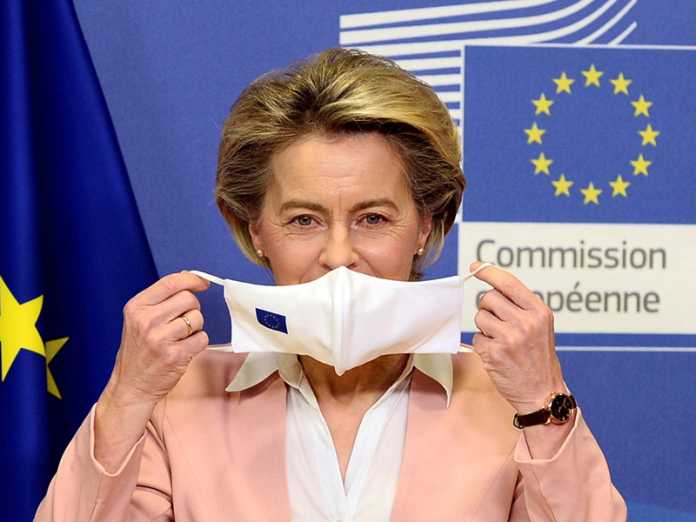 European Commission President Ursula von der Leyen has conceded that individual countries could have vaccinated their populations quicker had they acted alone rather than relying on the EU’s collective vaccine purchase and distribution program. She has effectively acknowledged that her vaccine procurement programme violated a fundamental principle of the European Union’s founding treaties.

European Commission President Ursula von der Leyen has published an op-ed in the leading German daily newspaper Frankfurter Allgemeine Zeitung: “I ask myself the same questions every day: Could we have been much faster? Would a single member state have been faster? …  Yes, it might take longer for 27 member states to make decisions together than alone. But imagine what would have happened if only one or two member states had received vaccines in the beginning. That would have been conceivable for a few large states like Germany. But what would that have meant for our unity in Europe? Such a departure from our European values would not have strengthened a few, but would have weakened all. And that would have gone to the very foundations of Europe.” In an interview in Süddeutsche Zeitung on February 5, she responded to criticism that the EU had been too slow to secure supplies of vaccines: “I am aware that alone a country can be a speedboat, while the EU is more like a tanker.”

Thus, von der Leyen has clearly admitted that individual countries would have been able to procure and distribute vaccines faster than the EU. In fact, France, Italy, the Netherlands and Germany had already started negotiating with vaccine manufacturers in the summer of 2020.

According to Germany’s Bild newspaper, as early as June 2020 four ministers with responsibility for health in different European countries, Hugo de Jonge (Netherlands), Jens Spahn (Germany), Olivier Véran (France) and Roberto Speranza (Italy), had serious doubts that the EU would be able to procure sufficient supplies of vaccines fast enough to meet the needs of the EU population. The four ministers formed the Inclusive Vaccine Alliance, but were urged by their respective heads of government – including Chancellor Angela Merkel in Germany – to delegate vaccine procurement to Ursula von der Leyen instead.

The joint letter from the four ministers in June obsequiously states: “Unfortunately, the parallel approach of the Alliance caused concerns. Therefore we believe that it is of utmost importance to have a common single and joint approach towards the various pharmaceutical companies. (…) We also agree that speed is of the essence in this case. So we deem it very useful if the COM takes the lead in this process. Of course, we are more than willing to continue our further support and expertise.”

Violation of the principle of subsidiarity

With her approach to vaccine procurement, von der Leyen has violated one of the fundamental principles of the EU, the principle of subsidiarity. Article 5(3) of the Treaty on European Union (TEU) and Protocol (No. 2) on the application of the principles of subsidiarity and proportionality state that, when applied in the context of the EU, the principle of subsidiarity serves to regulate the exercise of the Union’s non-exclusive powers. It rules out Union intervention when an issue can be dealt with effectively by Member States themselves at central, regional or local level. The Union is justified in exercising its powers only when Member States are unable to achieve the objectives of a proposed action satisfactorily and added value can be provided if the action is carried out at Union level.

High price for fears of “nationalism”

And yet Ursula von der Leyen has herself admitted that exactly the opposite was the case. By transferring vaccine negotiations to the EU, the process became far more cumbersome and complex and caused the deaths of thousands upon thousands of Europeans who were not vaccinated quickly enough. As a result, extended lockdowns have cost untold billions and destroyed the livelihoods of thousands of self-employed people in Europe. And to what end? All because Angela Merkel and Ursula von der Leyen are both driven by an irrational fear of “nationalism,” a fact confirmed by von der Leyen when she states that allowing individual nations to procure their own vaccine supplies “would have gone to the very foundations of Europe.” This is, of course, a completely absurd suggestion, but it is founded on the socialist ideology of envy, which dictates that it is better for everyone in Europe to be equally badly off than it is for citizens in some countries to be vaccinated more quickly.

Rainer Zitelmann is a German historian and sociologist. His latest book is The Rich in Public Opinion http://therichinpublicopinion.com/