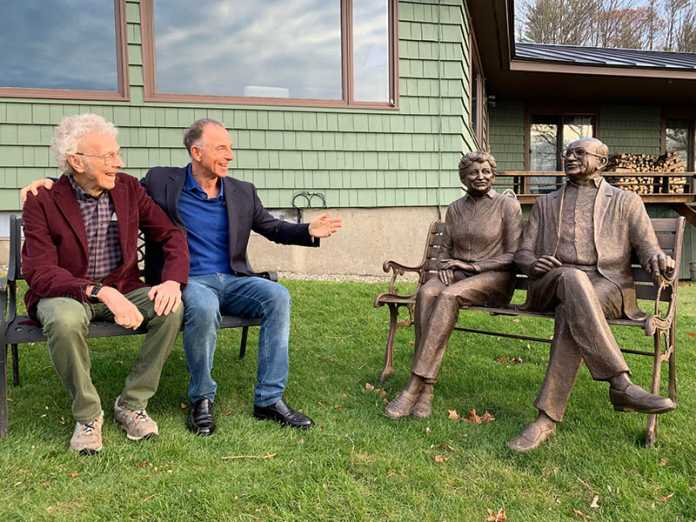 Bob Chitester, 83, passed away after a seven-year battle with cancer. The Wall Street Journal described Bob Chitester as “the man who made Milton Friedman a star.” And they were right. Yes, Nobel laureate Friedman would in any case have become one of the most influential economists of the twentieth century. But without Chitester, he and his ideas would never have reached anywhere near as many people as they did. Friedman himself said: “I have always believed that influence is exerted much more by the written word. … My own role was persuading economists, not the public at large.” In this respect, Friedman was like most scientists – with the exception of physicists such as Albert Einstein and Stephen Hawking, who were geniuses at both science and self-marketing.

In his autobiography, Friedman writes that he was not instantly thrilled when Bob Chitester, then CEO of Pennsylvania’s WQLN television station, called him in January 1977 to propose that they collaborate on a television series to popularise Friedman’s philosophies of economic and political freedom. Fortunately for Chitester, Friedman’s wife Rose lent her support to the proposal: “I have always been more optimistic about reaching out to the general public,” she said. After four meetings at Friedman’s apartment, Chitester persuaded the economist to present the television series that would bring free-market economics into living rooms across the world.

In July 1977, Friedman wrote to Bob Chitester: “Provided that the funding is assured, I am prepared to devote a large part of my time and energies during the next year to eighteen months to a TV series designed to present my personal social, economic, and political philosophy.” Once the project was underway, the original year to eighteen months became three to four years.

The series was broadcast as Free to Choose and Friedman and Rose pronounced the project “the most exciting venture of our lives.” In fact, in their autobiography Two Lucky People, they devote an entire chapter to the project. The Friedman’s describe how Chitester proposed not only a television series, but a full-fledged marketing campaign to explain the benefits of capitalism and political freedom to the world.

Free to Choose was a massive success. In the United States alone, where the series was broadcast on PBS, it scored 15 million initial viewers and spawned a book that became an international best-seller and the number one non-fiction book of 1980. For the project, Friedman gave 15 lectures on topics such as “Is Capitalism Humane?” and “What is Wrong with the Welfare State?” There were also nine panel discussions on topics such as “The Power of the Market” and “How to Cure Inflation,” featuring prominent libertarian thinkers such as the economist Thomas Sowell.

According to Northwood University, which awarded Chitester an honorary Doctor of Laws Honoris Causa in October 2020: “It’s not an exaggeration to say that Free to Choose and other publications by Milton and Rose Friedman played a major role in the collapse of Communism in central and eastern Europe. The fall of the Berlin Wall and the reunification of Germany were the first immediate results of the ideas contained in Free to Choose taking root on a global scale… Not many people can truly say what they accomplished in their lifetime truly changed the world. Bob Chitester can make that claim, but he is too humble a man to do so; that is why we are.”

Bob Chitester was born in 1937. After attending graduate school at the University of Michigan, Chitester became a tenured professor in the Media Department at Edinboro State Teacher’s College in Pennsylvania before leaving to establish western Pennsylvania’s first public television station, WQLN.

I met Chitester during a three-day meeting in Milton Friedman’s former summer home “Capitaf” in the mountains of Vermont. He was already suffering from cancer at the time and knew that he would not recover. Nevertheless, he was full of energy and enthusiasm for the whole three days and we discussed how we could most effectively spread the message of capitalism in the modern world. Chitester had read my book The Power of Capitalism and suggested turning it into another TV series.

I was immediately fascinated by Bob Chitester. Rarely have I met someone who radiated such clear intelligence combined with genuine human warmth. Bob spent the last few months fighting cancer, but he knew it was a fight he would not win. In October, he wrote to me, “I’m certain I won’t be alive to celebrate Christmas.” Bob passed on May 8. He is survived by his wife, four children, eight grandchildren and four great-grandchildren. At his Free to Choose Network he also leaves behind a team of capable comrades-in-arms who continue to fight for and spread the ideas of capitalism and freedom.

Bob Chitester loved poetry and would often read poetry as part of his presentation. One of his favourite poems – and one he felt in many ways best described Milton Friedman – was Robert Frost’s The Road Not Taken. It also describes Chitester who, like Friedman, was a staunch non-conformist, always swimming against the tide:

Two roads diverged in a wood, and

I – I took the one less traveled by,

And that has made all the difference.”

Dr. Rainer Zitelmann is a historian and sociologist. He is also a world-renowned author, successful businessman and real estate investor. His book, The Power of Capitalism (http://the-power-of-capitalism.com/ ) was released in 2019.