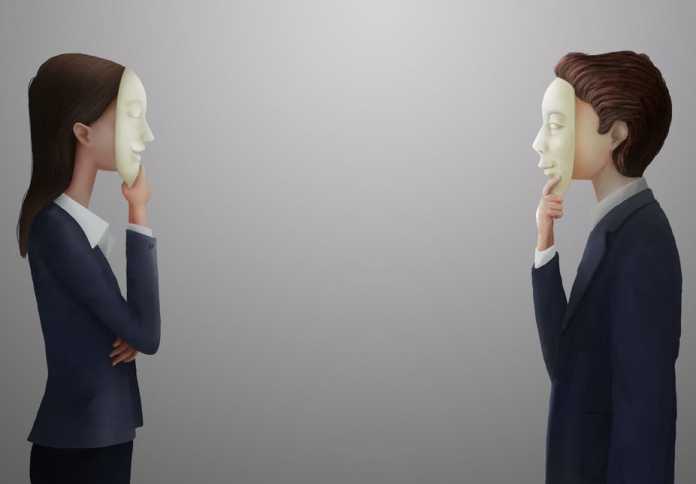 At a time of so much focus on how women are held back and treated unfairly, corporations spend multiple millions telling us what they are doing to empower women and girls. When this makes them seem more women-friendly than they really are, it’s known as gender washing.

Gender washing comes in different varieties, and some can be easier to spot than others. To help identify them, it can be useful to look at the decades of research on corporate greenwashing – that better known variant related to climate change.

Inspired by a 2015 paper that identified seven varieties of greenwashing, I have published a new paper that classifies seven kinds of questionable corporate claims about empowering women and girls.

For example, pharma group Novartis frequently features on Working Mother magazine’s annual list of the 100 best companies to work for, via an application highlighting the progress it has made in employment practices towards women. Novartis also proudly cites its support for Working Mother, per the tweet below. Yet as recently as 2010, the corporation lost the then largest gender pay, promotion and pregnancy discrimination case ever to go to trial.

Elevating the inclusion and engagement of women associates from multicultural backgrounds is more important now than ever. Novartis is a proud supporter of the Working Mother’s Media Multicultural Women’s National Conference 2020. https://t.co/Xsqu6WdvP3

Some companies take initiatives to raise women’s voices internally which, in reality, have little impact. For example, “women’s networks” aim to increase female employees’ confidence and help them build leadership skills through networking events and mentoring schemes. But critics argue that such networks are frequently ignored, and don’t address the underlying causes of discrimination or engage men in efforts to tackle institutional sexism.

One study from 2007 found that the members of one company’s women’s network feared it might actually damage their career prospects because at the time, it was ridiculed by male colleagues as a forum for “male-bashing” and exchanging recipes.

The promotional placement of the pink breast cancer awareness ribbon by brands with products containing known carcinogens or other arguably risky ingredients is an example of this third kind of gender washing. There are examples involving makeup, alcoholic drinks and even pesticides.

The pink ribbon can also gender wash the objectification of women. For example, US bar chain Hooters has built its entire brand around waitresses with voluptuous breasts and skimpy clothing. In the company logo, the two Os are replaced by the eyes of an owl, symbolising breasts to be stared at, wide-eyed. Yet, once a year for breast cancer awareness month, the eyes are replaced by pink ribbons as Hooters invites customers to “give a hoot” for breast cancer awareness. Staring is thus rebranded as caring.

Check out https://t.co/elC4HPhmUe to see all the ways you can help us “Give a Hoot”. #Pinktober #Hooters #GiveAHoot 🎀 pic.twitter.com/Est61J54FQ

One way in which a corporation’s image could be gender-washed is to associate with a feminist, women’s or girls’ organisation through funding or some other assistance. The corporation gets to place its logo on the organisation’s marketing materials, potentially distracting from practices elsewhere.

For example, Dove has partnered with the World Association of Girl Guides and Girl Scouts on a teaching resource aimed at helping girls to question dominant beauty standards that damage their self-esteem. This is despite the beauty industry – of which Dove is part – perpetuating those standards to sell products.

When rights abuses emerge in global supply chains – often most affecting female workers in the global south – there are often demands for tighter regulation of corporate behaviour. One way for corporations to respond and potentially deflect such demands is by creating voluntary codes of practice. Their very voluntariness is presented by corporations as evidence of a commitment to empowering workers – particularly women.

Voluntary codes rarely lead to meaningful improvements. For example, when the Rana Plaza garment factory in Bangladesh collapsed in 2013, over 1,000 garment factory workers died, some 80% of them women. In the aftermath, the voluntary Alliance for Bangladesh Worker Safety was established and promoted by western retailers such as Walmart as improving safety and empowering female factory workers. Yet crucially, there were no legally binding commitments to prevent another disaster, and the alliance was later criticised by activists and researchers for not improving conditions quickly enough.

Corporations can position themselves as global leaders on issues where they have previously been found wanting. For example in the late 1990s and early 2000s, Nike was dogged by claims of child labour, sexual and physical abuse among workers at supplier factories, 90% of whom were female.

Nike’s response included establishing a division of corporate responsibility and setting up the Nike Foundation. One of the foundation’s flagship campaigns was the Girl Effect, launched in 2008 to persuade global elites to invest in girls’ education in the global south.

The campaign quickly went viral, and was soon partnering with the UK’s Department for International Development on programmes to empower girls in the global south. Nike had gone from a brand tarnished by accusations of child labour and exploitation to a trusted partner in international efforts to promote girls’ rights.

Chiquita Banana, the famous logo of Chiquita Brands Corporation, might give shoppers in the global north the impression of buying their bananas from a happy, Latina market woman cheerfully selling her wares.

Yet feminist scholars have documented the long history of Chiquita – formerly the United Fruit Company – exploiting women on banana plantations in Latin America and the Caribbean. This includes past cases of sexual harassment, discrimination, exposure to harmful chemicals, and violations of childcare and maternity rights.

Does all of this matter? If corporations want to take up the cause of gender equality, is that so bad? It is true that some women and girls do find ways within gender washing campaigns to make gains, but we can’t lose sight of the bigger picture.

If a corporation’s employment practices, supply chains or products are harmful to women and girls, and it sells more products thanks to gender washing, then this has increased the harm done. That is why it is so important to identify and call out forms of gender washing whenever we see them.

Rosie Walters analyses girls’ negotiation of girl power discourses in international politics. Her most recent research analysed how girls participating in an international development campaign to fund girls’ education in the Global South adapted it to fit their more radical vision of what girls’ empowerment might look like