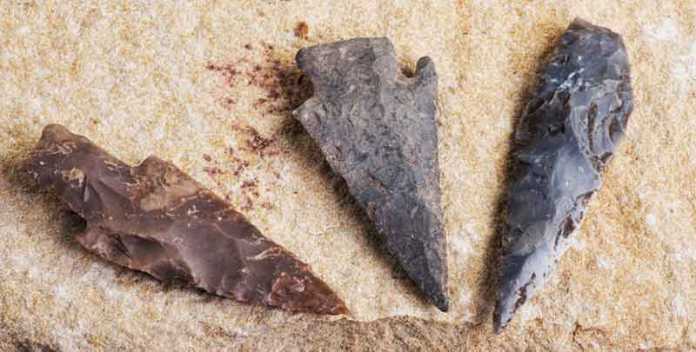 This technological revolution wasn’t the work of one people. Innovations arose in different groups – modern Homo sapiens, primitive sapiens, possibly even Neanderthals – and then spread. Many key inventions were unique: one-offs. Instead of being invented by different people independently, they were discovered once, then shared. That implies a few clever people created many of history’s big inventions.

And not all of them were modern humans.

The tip of the spear

400,000 years ago hints of fire, including charcoal and burnt bones, became common in Europe, the Mideast and Africa. It happened roughly the same time everywhere – rather than randomly in disconnected places – suggesting invention, then rapid spread. Fire’s utility is obvious, and keeping a fire going is easy. Starting a fire is harder, however, and was probably the main barrier. If so, widespread use of fire likely marked the invention of the fire-drill – a stick spun against another piece of wood to create friction, a tool still used today by hunter-gatherers.

Curiously, the oldest evidence for regular fire use comes from Europe – then inhabited by Neanderthals. Did Neanderthals master fire first? Why not? Their brains were as big as ours; they used them for something, and living through Europe’s ice-age winters, Neanderthals needed fire more than African Homo sapiens.

270,000 years ago in central Africa, hand-axes began to disappear, replaced by a new technology, the core-axe. Core-axes looked like small, fat hand-axes, but were radically different tools. Microscopic scratches show core-axes were bound to wooden handles – making a true, hafted axe. Axes quickly spread through Africa, then were carried by modern humans into the Arabian peninsula, Australia, and ultimately Europe.

The oldest beads are 140,000 years old, and come from Morocco. They were made by piercing snail shells, then stringing them on a cord. At the time, archaic Homo sapiens inhabited North Africa, so their makers weren’t modern humans. 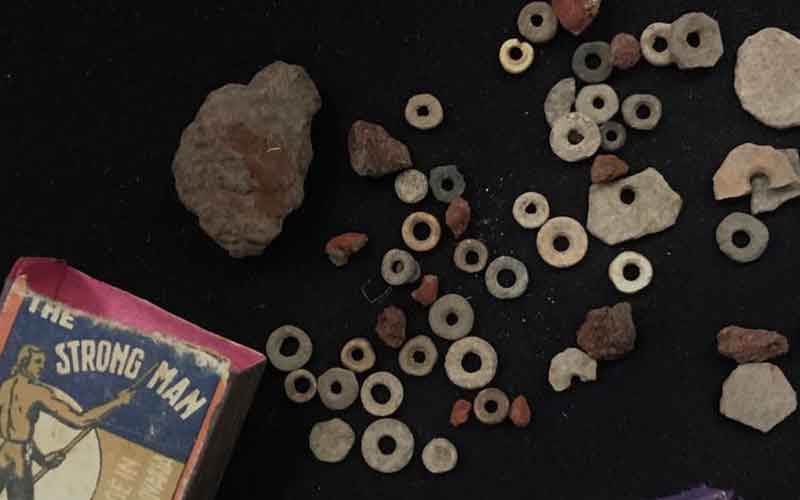 The oldest arrowheads appeared in southern Africa over 70,000 years ago, likely made by the ancestors of the Bushmen, who’ve lived there for 200,000 years. Bows then spread to modern humans in East Africa, to south Asia 48,000 years ago, on to Europe 40,000 years ago, and finally to Alaska and the Americas, 12,000 years ago.

Neanderthals never adopted bows, but the timing of the bow’s spread means it was likely used by Homo sapiens against them.

It’s not impossible that people invented similar technologies in different parts of the world at roughly the same time, and in some cases, this must have happened. But the simplest explanation for the archaeological data we have is that instead of reinventing technologies, many advances were made just once, then spread widely. After all, assuming fewer innovations requires fewer assumptions.

But how did technology spread? It’s unlikely individual prehistoric people travelled long distances through lands held by hostile tribes (although there were obviously major migrations over generations), so African humans probably didn’t meet Neanderthals in Europe, or vice versa. Instead, technology and ideas diffused – transferred from one band and tribe to the next, and the next, in a vast chain linking modern Homo sapiens in southern Africa to archaic humans in North and East Africa, and Neanderthals in Europe.

Conflict could have driven exchange, with people stealing or capturing tools and weapons. Native Americans, for example, got horses by capturing them from the Spanish. But it’s likely that people often just traded technologies, simply because it was safer and easier. Even today, modern hunter-gatherers, who lack money, still trade – Hadzabe hunters exchange honey for iron arrowheads made by neighbouring tribes, for example.

Archaeology shows such trade is ancient. Ostrich eggshell beads from South Africa, up to 30,000 years old, have been found over 300 kilometres from where they were made. 200,000—300,000 years ago, archaic Homo sapiens in East Africa used tools from obsidian sourced from 50-150 kilometres away, further than modern hunter-gatherers typically travel.

Last, we shouldn’t overlook human generosity – some exchanges may simply have been gifts. Human history and prehistory were doubtless full of conflict, but then as now, tribes may have had peaceful interactions – treaties, marriages, friendships – and may simply have gifted technology to their neighbours.

The pattern seen here – single origin, then spread of innovations – has another remarkable implication. Progress may have been highly dependent on single individuals, rather than being the inevitable outcome of larger cultural forces.

Consider the bow. It’s so useful that its invention seems both obvious and inevitable. But if it really was obvious, we’d see bows invented repeatedly in different parts of the world. But Native Americans didn’t invent the bow – neither did Australian Aborigines, nor people in Europe and Asia.

Instead, it seems one clever Bushman invented the bow, and then everyone else adopted it. That hunter’s invention would change the course of human history for thousands of years to come, determining the fates of peoples and empires.

The prehistoric pattern resembles what we’ve seen in historic times. Some innovations were developed repeatedly – farming, civilisation, calendars, pyramids, mathematics, writing, and beer were invented independently around the world, for example. Certain inventions may be obvious enough to emerge in a predictable fashion in response to people’s needs.

But many key innovations – the wheel, gunpowder, the printing press, stirrups, the compass – seem to have been invented just once, before becoming widespread.

That suggests the odds of hitting on a major technological innovation are low. Perhaps it wasn’t inevitable that fire, spearpoints, axes, beads or bows would be discovered when they were.

Then, as now, one person could literally change the course of history, with nothing more than an idea.

This article was originally published in The Conversation on 29 December 2021. It can be accessed here: https://theconversation.com/how-a-handful-of-prehistoric-geniuses-launched-humanitys-technological-revolution-171511

Nicholas R. Longrich is a Paleontologist and evolutionary biologist and sometimes archaeologist from Kodiak, Alaska. Currently based at the University of Bath. He is interested in how the world came to be and why it’s the way it is, and not some other way.

He studies dinosaurs, among other things – pterosaurs, fossil birds, lizards and snakes. He is especially interested in understanding macroevolution- large-scale evolutionary patterns and processes. The evolution of organisms and ecosystems over millions and billions of years, the evolution of complex adaptations like bird flight, the snake body plan, and the human mind.