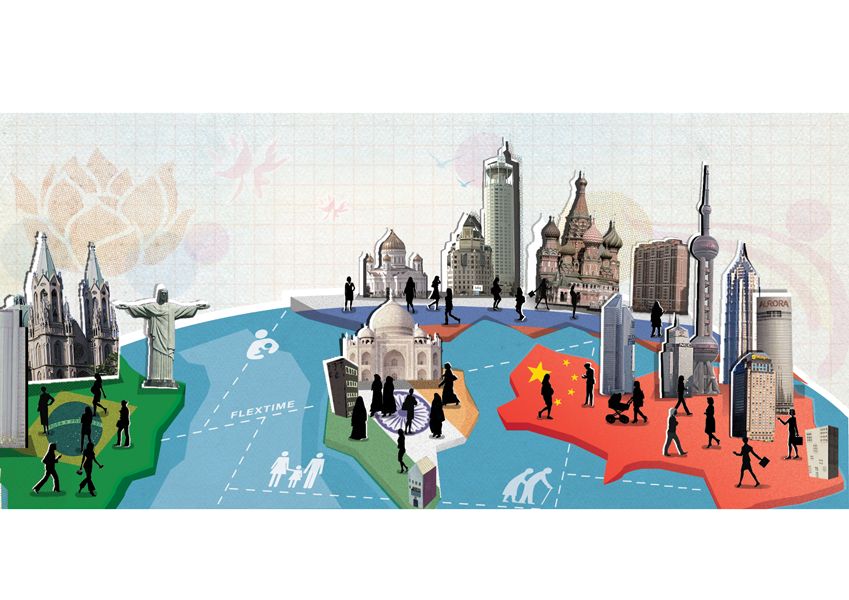 As global companies try to harness the growth and possibilities of emerging markets, the extraordinary energy, ambition and drive of BRIC women can provide a critical competitive edge.

In the four years since Goldman Sachs launched its business in Brazil, growth has exceeded all expectations. Headcount in the São Paolo headquarters has expanded more than tenfold and is predicted to double again in the next two to three years.

“The growth opportunity is huge,” says Valentino Carlotti, president of Goldman Sachs Bank in Brazil. “We expect Brazil to become a major contributor to the revenue generation of the firm. But we can’t get that done without attracting and retaining great talent.”

Carlotti’s concerns are shared by corporate leaders and talent managers throughout emerging economies, where finding, keeping, and maximizing top talent is an urgent imperative. With Western Europe and the United States struggling to emerge from recession, multinational corporations from all countries are looking to developing markets for future growth. The dynamic economies of the four largest – Brazil, Russia, India and China – stand out for the speed of their growth and their long-term potential. The so-called BRIC nations together represent 40 percent of the world’s population and have accounted for some 45 percent of global growth since 2007, compared with 20 percent from the G-7 economies. Despite inflation concerns in Brazil and fears of a housing bubble in China, the BRICs remain remarkably resilient, fueling many multinational corporations’ hopes for the future.

Yet there is a critical obstacle to their continued expansion: a cutthroat war for high-echelon talent.

Sylvia Ann Hewlett is the founding president of the Center for Talent Innovation (formerly the Center for Work-Life Policy in New York.) She is the co-author with Ripa Rashid of Winning the War for Talent in Emerging Markets: Why Women Are the Solution (Harvard Business Review Press).