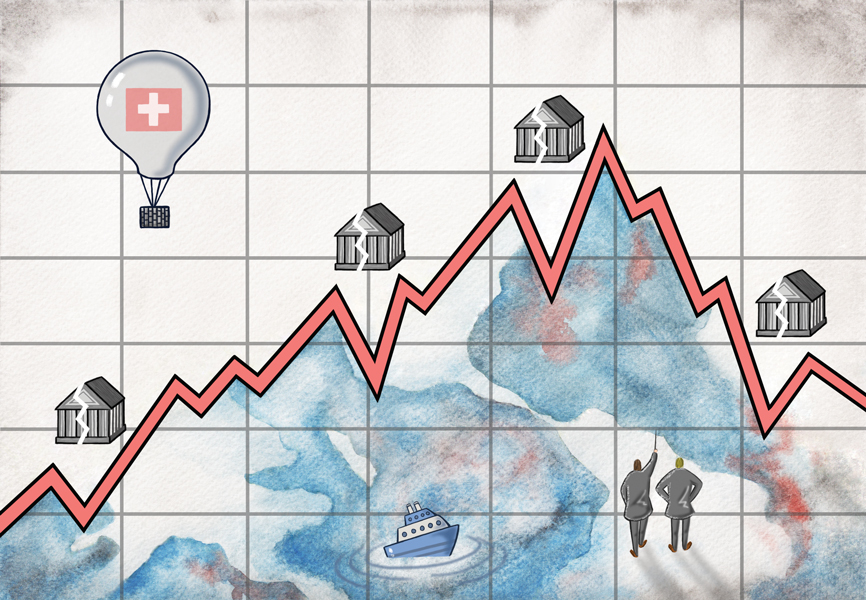 Looking back at previous waves of economic crisis, economic historian Larry Allen illuminates our global predicament by uncovering the interlocked economic processes that lay beneath the crisis.

A celebrated quote of the nineteenth century British Prime Minister Benjamin Disraeli goes: “Read no history: nothing but biography, for that is life without theory.”1 This quote hints that theories come at the price of some simplification and distortion, that exceptions disturb every generalisation. Today there are reasons aplenty to ask if economic theories hold out more promise than concrete benefits, if interpreting economic events through the prism of economic theory warps more than illuminates matters. To apply Disraeli’s quote to economics and finance we must turn his quote on its head and say: Read no economic theory, only economic history for that is economics without theory. Therefore let us take a look at the current economic distress in light of economic history.

We want to recognise the identical character in all economic cycles despite the changing variety and complexity of technology, laws, institutions, geography, etc.

We can start by asking if stretches of economic prosperity have always been precarious interludes between catastrophes, if current economic difficulties mimic past episodes of economic and financial crises. To do this we must take a long view, looking back well beyond a hundred years. The object is to lay bare here the unchangeable, underlying character of all economic cycles, a character that makes itself very directly felt as much today as a hundred years ago. We want to recognise the identical character in all economic cycles despite the changing variety and complexity of technology, laws, institutions, geography, etc.

Larry Allen is a Professor of Economics at Lamar University in Texas. In 1978 he earned his Ph.D. after writing a doctoral thesis entitled: An Econometric Model of Manufacturing in Arkansas. After teaching economic theory and conducting econometric research for over twenty years he came to appreciate the insights that come from studying pure economic history. His most recent book is The Global Economic Crisis: A Chronology, published March 2013. Words such as “rich”, “insightful” and “informed-detachment” have been used to describe his work. See his most recent book at: http://press.uchicago.edu/ucp/books/book/distributed/G/bo15582892.html