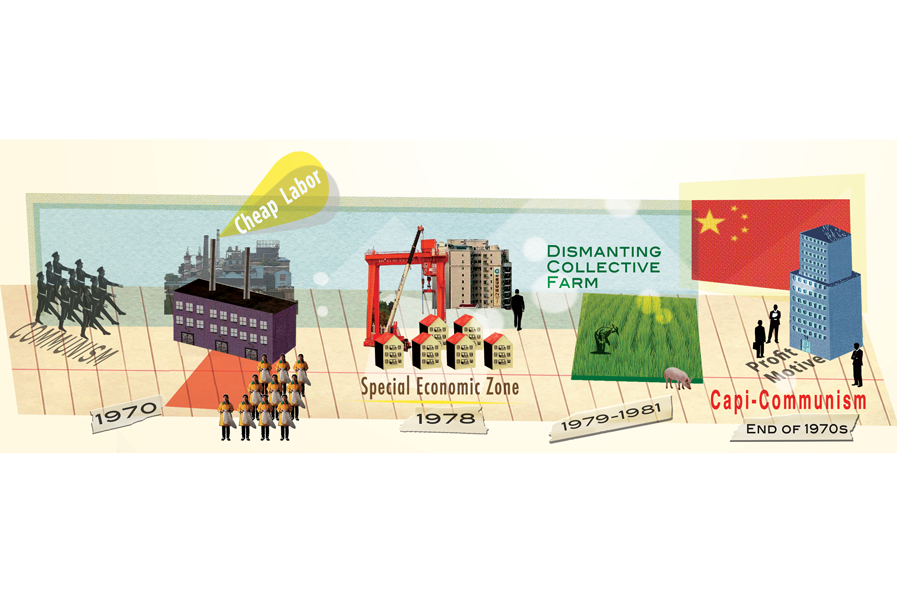 In recent years, the debate regarding the Chinese economic miracle has been very much alive. Overall, criticism has outweighed praise, confirming how difficult it is for Westerners to separate Chinese economics from communist ideology. A modern way to approach the rapid modernization of China is to draw a parallel with the Industrial Revolution and to closely revisit the policies Deng Xiaoping implemented after the death of Mao in order to trigger a similar revolution. Indeed, as we shall see in this article, the similarities between China at the end of the 20th Century and England at the end of the 17th Century are many. Chinese economics is, therefore, not so far from Western capitalism.

Although twenty years of Maoism produced an annual growth rate of 4.4 percent and quadrupled China’s GDP1, at the end of the 1970s the Chinese economy was in chaos. State-owned enterprises had failed to absorb over 100 million young people entering the job market every year, and the agricultural sector struggled to feed the population.2

Mao’s paradoxical legacy was that Chinese socialism threatened to burst under the pressure of poverty and hunger because there were so many Chinese, perhaps too many. In other words: economic growth had been insufficient. Therefore, if the Marxist economic model was to survive, it needed to modernize. The question was: how?

Loretta Napoleoni is a leading eco-nomist and bestselling author of Rogue Economics and Terror Incorporated. Her new book, Maonomics – Why Chinese Com-munists Make Better Capitalists than We Do, is out now.