Despite the political tumult in the Arab world, Dubai continues to draw medical tourists from around the globe, including infertile “reprotravellers” who are seeking IVF services. However, Emirati state attempts to manage, legislate, and “emiratise” IVF services threaten to dismantle Dubai’s reputation as a global “reprohub.” 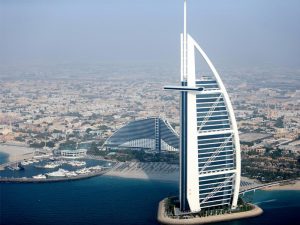 Since the beginning of the new millennium, the Arab world has experienced unprecedented levels of political violence and disruption. However, against this bloody backdrop, a high-tech reproductive revolution has quietly unfolded. Namely, by the mid-2000s, the Arab world had developed one of the most robust in vitro fertilisation, or IVF, sectors in the world. To be more specific, among the 48 countries performing the most assisted reproductive technology cycles per million inhabitants, eight Arab nations – including Lebanon, Jordan, Tunisia, Bahrain, Saudi Arabia, Egypt, Libya, and the United Arab Emirates (UAE) – could be counted.1

The UAE was an early entrant into this burgeoning field of IVF globalisation. The UAE opened its first IVF clinic in a government hospital in 1991, only five years after Saudi Arabia introduced IVF to the Arab Gulf. By 2005, the UAE hosted seven IVF clinics, five of them private facilities. By 2012, that number had doubled to fourteen, twelve of these privately owned.

As an emerging global “reprohub”, Dubai now sits squarely in the centre of a “reproscape” – a world of assisted reproduction in motion – characterised by new global “reproflows” of actors, technologies, and body parts.

Today, thousands of infertile couples are traveling to Dubai from Africa, Asia, Australia, Europe, the United States, and other parts of the Middle East in desperate quests for conception. These “reprotravelers”2 are often fleeing home countries where IVF services are either absent, inaccessible, ineffective, illegal, or even harmful. Thus, as an emerging global “reprohub”, Dubai now sits squarely in the center of a “reproscape” – a world of assisted reproduction in motion – characterised by new global “reproflows” of actors, technologies, and body parts.

Because of Dubai’s status as a global city and a booming international tourism hub, IVF in Dubai is decidedly cosmopolitan, with clinicians from various countries delivering IVF care across national, ethnic, linguistic, religious, and cultural boundaries. Yet, cosmopolitanism in Dubai exists in tension with a state-sponsored project called emiratisation. Emiratisation is an attempt by the UAE government to prioritise the needs of Emiratis, particularly through a formal government mandate intended to increase the participation of Emiratis in key positions in the UAE private-sector workforce.3 On a broader societal level, however, emiratisation is about putting Emiratis first – prioritising the needs of the muwatinun, or “nationals”, over foreigners. This is partly because Emiratis now constitute a tiny fraction of the overall populace in their own country – less than one million out of a total of nine million, approximately eight million of whom are foreign workers.4

Since the mid-2000s, the Emirati state has made two major efforts to emiratise IVF services in the country. The first involves the Emirati government’s brief experiment with IVF public financing, which started off as a globally inclusive program, but ended up solidifying preferential treatment for local Emiratis. The second is the 2010 passage of UAE Federal Law No. 11, which now stands as one of the world’s most restrictive pieces of ART legislation.

Marcia C. Inhorn is the William K. Lanman Professor of Anthropology and International Affairs at Yale University. A medical anthropologist focusing on infertility and IVF in the Middle East, Inhorn is the author of five books on the subject, including Cosmopolitan Conceptions: IVF Sojourns in Global Dubai (Duke UP, 2015).