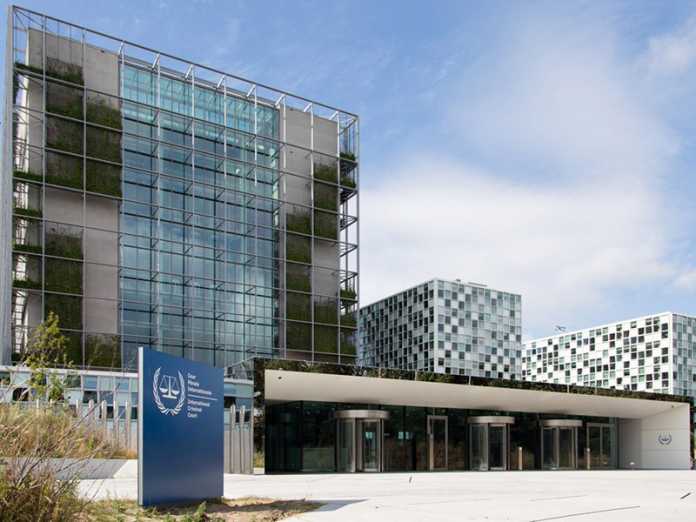 After the Philippine withdrawal from the ICC, the battlelines against the Duterte government are politicized – and messy.

In the first half of the ongoing year, the International Criminal Court (ICC) is expected to decide whether to seek a formal investigation into the alleged extrajudicial killings in the Philippines.

But already before Christmas, the ICC prosecutor released a preliminary report, which found “reasonable basis to believe” such crimes have been committed.

Launched in February 2018, the ICC investigation led to the Philippine withdrawal from the ICC in March 2019. Accordingly, the government believes the ICC no longer has jurisdiction over matters in the country.

After all, the Philippine courts function normally. Jude Josue Sabio withdrew his 2017 complaint against Duterte a year ago, when the key role of former senator Antonio Trillanes IV was disclosed, along with several other scandals that reflect tacit domestic objectives of the ICC entanglement, by the 2022 election.

For all practical purposes, the ICC case is now driven by politicized agendas. In the past decade, such maneuverings have become far too common at the ICC.

Fatou Bensouda has served as the ICC’s chief prosecutor since mid-2012. In her native Gambia, she had a central role in the early years of the Jammeh regime, following the bloodless 1994 coup.

Jammeh retained his grip over Gambia until 2017, is accused of having stolen millions of dollars from the country’s coffers and of having raped young women.

In December 2011, Bensouda became the consensus choice to succeed Argentinian lawyer Luis Moreno Ocampo as the ICC prosecutor. After his departure, Ocampo has been embroiled in a series of controversies relating to his tenure.

Reportedly, these controversies did not end Ocampo-Bensouda exchanges, even in highly confidential matters. In October 2017, Bensouda and two members of her staff were accused by the Der Spiegel of staying in touch with Ocampo. The Germans questioned her integrity since she had sent confidential information to Ocampo.

Reportedly, Bensouda had sought her predecessor’s advice on several occasions and possibly allowed herself to be influenced by Ocampo in ICC cases that were of material interest to his private practice.

Ocampo has long cultivated ties to organizations funded by the controversial billionaire speculator George Soros, whose proponents see him as a progressive force and whose critics believe he is using public philanthropy for financial goals.

In the early 1990s, Soros infused funds into a real estate conglomerate (IRSA), a major backer of Ocampo’s NGO in Argentina. In the mid-‘90s, Ocampo worked in Latin America for Transparency International, a corruption watchdog that’s funded in part by Soros and has been criticized for bias against developing countries. A decade later, Ocampo participated in a roundtable by Soros’s Open Society that called for “Restoring American Leadership: The International Criminal Court.”

While Soros is also among the funders of the ICC, funding activities as such are no grounds for prejudicial bias. But when significant funds are steered to presumably independent international institutions, it does foster real and perceived risks of moral hazards and private priorities.

In addition to funding controversies, Ocampo has sparked debacles about material gains. In 2011, he indicted Colonel Muammar Gadhafi and his son for war crimes before leaving the ICC for a lucrative private practice. According to the French Mediapart and Spiegel, he agreed to a contract worth $3 million over three years, plus $5,000 a day, to “protect” and advice Libyan oil tycoon Hassan Tatanaki linked to the Gadhafi family, the Libyan civil war and Libyan-US warlord Khalifa Haftar.

According to the Panama Papers, Ocampo has made millions of dollars in deals routing monies to offshore companies in tax havens. Reportedly, he wanted to “make some more millions,” due to what he saw as inadequate ICC salary (€200,000).

Despite mounting international criticism, Ocampo remains in demand. In 2017, the Organization of American States (OAS), headquartered in Washington, appointed Ocampo special adviser on crimes against humanity in Venezuela. The hope was to launch legal proceedings at the ICC against the Maduro government.

Bensouda is linked with Ocampo, while Ocampo’s links that have material interest in the Philippines include Rappler’s CEO Maria Ressa, its funder eBay billionaire Pierre Omidyar, her lawyer Amal Clooney, and Madeline Albright, ex-US secretary of state.

Amal Clooney has led a team of international lawyers representing Ressa, who faces several court cases and investigations in the Philippines. The Clooneys threw their support behind Ressa during her US visit in May 2019.

European Investigative Collaborations believe that in the past the ICC, Clooney, and Pierre Omidyar may have “interfered in the pursuit of global justice.”

Both Clooneys and Ocampo are linked with Madeleine Albright, head of the Democratic arm of the National Endowment for Democracy (NED). Albright also chairs a global consultancy Albright Stonebridge Group (ASB) and an affiliated emerging-markets investment firm Albright Capital Management, which cover key markets, including countries of material interest to NED.

Albright has long cooperated with Ocampo, while Soros and her investment firm partner in an African telecom initiative. In late 2019 the UK-based Helios Towers initiative closed its IPO on $1.5 billion. Its proponents portray it as a catalyst of Africa’s mobile revolution, while critics see it as the investors’ bonanza.

First proposed during the Paris Peace Conference in 2019, the ICC was created after the Cold War. Many international observers of sincere goodwill hoped it would responsibly and independently prosecute crimes against humanity.

And yet, in the past decade or two, the ICC has demonstrated an odd inclination to target mainly leaders in the poorest regions of the world; many of which possess valuable natural resources.

The conduct of the ICC authorities and their controversial influence networks fosters perceptions of moral hazards, politicized agendas and private priorities.

What is needed is a responsible and truly independent international criminal court.

Dr Dan Steinbock is the founder of Difference Group and has served as research director at the India, China and America Institute (USA) and visiting fellow at the Shanghai Institutes for International Studies (China) and the EU Center (Singapore). For more, see https://www.differencegroup.net/
The commentary was published by The Manila Times on January 11, 2021.