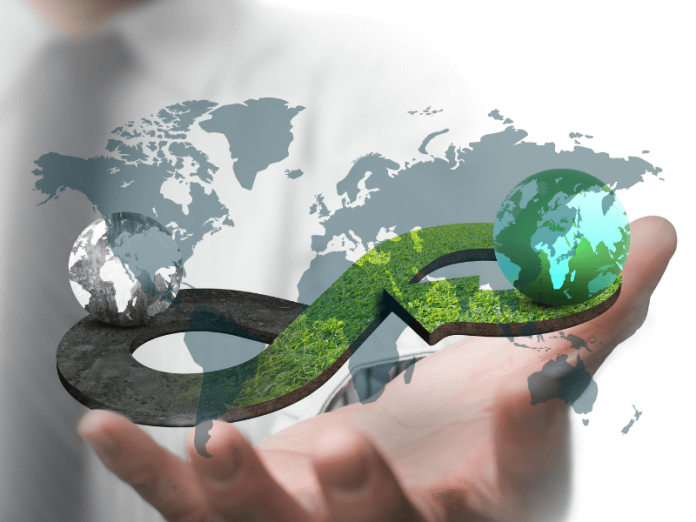 Circular economy or CE is now the hot topic that everyone seems to be talking about. It has millions of followers who go on and on about its potential benefits. Most will mention that this type of economic model will help reduce waste globally, leaving a cleaner, greener planet for us. Others will focus on all of the potential jobs that this new type of economy will create. Moreover, they will point out the financial gain of reducing, reusing, and recycling waste on a large scale as part of the production itself.

However, not everyone is that excited about CE. Some experts are worried about the potential challenges that come with this model. And there are some legitimate concerns related to such a major shift in economies. So, in this article, we will go over all of the potential consequences of a circular economy, both positive and negative.

Several different organizations covered the potential employment impact of adopting CE. For example, according to a study by the Club of Rome, several EU member states would benefit greatly if they fully adopted this economic model. By 2030, the model would create well over 100,000 jobs in Sweden, 75,000 in Finland, 400,000 in Spain, 200,000 in the Netherlands, and 500,000 in France. The International Labour Organization (ILO) claimed in April that applying clean energy production could lead to a global net gain of as many as 18 million new jobs. Finally, according to the Global Climate Action Summit from 2018, we will see as many as 65 million ‘low carbon’ jobs by 2030.

Application of CE in Practice

China has also shown slow, but noticeable progress since it introduced the Circular Economy Promotion Law in 2009. According to one study, since its implementation, the CEPL is yet to play a major role in promoting a circular economy in the country. The renewable recycling rate in China has been steadily rising by around 1% on a yearly basis — a noticeable, yet slow progress. Furthermore, a study from 2020 focused on the GDP growth of 163 ‘CE pilot cities’ in China. These cities had abandoned the traditional economic model and shifted to CE entirely. The results were similar across the board. In the 2001-2012 period, each individual GDP saw a major decrease in GDP. However, the economic decline gradually improved as the years progressed. In other words, a shift from a traditional to a circular economy had a major effect, but it has proven to be an effective long-term strategy.

Back in 2015, Accenture estimated that the US could gain as much as $4.5 trillion if it switched to CE. Since CE focuses on eliminating waste and saving resources, it opens up the economy to new and lucrative ventures. For example, waste recycling, resource recovery, and eco-friendly raw materials can see a surge in popularity. It’s an opportunity for small startup businesses to earn a steady income and help keep the planet safe. In addition, established corporations could double their investments if they apply CE-friendly business methods. The same goes for manufacturers who focus on reusing resources at the earliest production stages.

According to ILO’s Greening with Jobs 2018 overview, industries like reprocessing of old materials will see a surge in job demand. However, other industries will most likely suffer as we shift to a clean, green economic model. For example, extraction of crude petroleum and other materials can see a 0.9% decline in employment, as will the production of electricity by coal. Furthermore, we will see a 0.8% drop in employment rates for coal and lignite mining, gas manufacturing, and extraction of natural gas. This lack of jobs will definitely leave a dent in the economy as a direct result of CE.

As we saw with the example of China’s pilot cities, CE can have a direct short-term effect on the economy. And while CE will eventually help the industry cover its losses, the recovery period is long and slow. That’s why it’s important to start with partial CE and gradually work towards the full shift as the years go by.

Working with recycled resources is somewhat easy if you do it in a loop. For instance, a plastic bottle production company can produce an infinite number of products from used plastic. However, different industries will inevitably end up doing business with the production company, thus creating a web of interdependent industries. This web is incredibly vulnerable to disruptions, and a failure by one company could affect the other sectors. Monitoring this web is also incredibly hard and might lead to miscalculations. If that happens, the entire economy of a country could collapse.

CE might also harm its own goal in the long run if we implement it completely. For instance, if a company manages its waste from production to waste reuse, it will eliminate the need to get in touch with waste management companies. Ideally, the goal of a circular economy is to have many green, eco-minded startups. These companies will have fewer clients if businesses start to recycle or reuse their own waste effectively.

Circular economy is still a new concept. In fact, even the best CE propositions out there have flaws that we should be aware of. However, there’s no denying that a country can benefit a lot from this economic model. Not only will it create new and vibrant industries, but it will also reduce the amount of waste globally. But like any other process, implementing CE will take a lot of time and a lot of additional research.