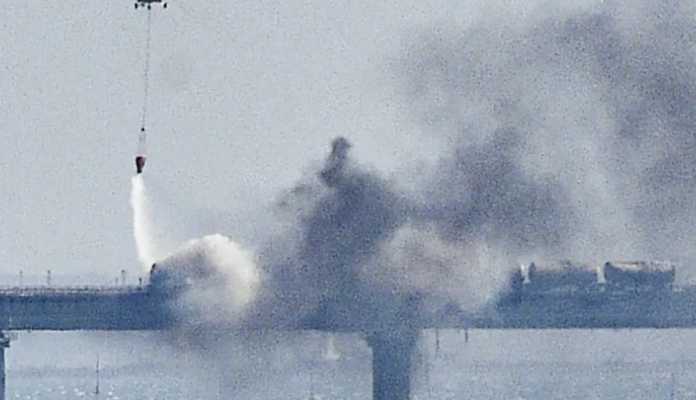 Ever since Vladimir Putin sent Russian troops across the border into Ukraine, the role of the UN as global problem solver has come under scrutiny. Any attempts for meaningful action by the security council are immediately stymied by the fact that – as a permanent member – Russia can simply wield its veto. But resolutions voted on by the general assembly at least make for a good indication of where – broadly speaking – the world stands on Vladimir Putin’s invasion.

So when the general assembly voted last night on a resolution condemning Russia’s annexation of the four Ukraine regions it was interesting to see who sponsored it, who supported it, who voted against and who abstained. Apart from Russia, only Belarus, North Korea, Nicaragua and Syria voted against. China, India, Pakistan, Iran and the states of Central Asia were among 35 countries which abstained. Which left 143 nations who voted in favour of the condemnation – the biggest vote of censure against Russia since the beginning of the war.

The most worrying aspect of this, however, is that while there is clearly a consensus that Russia’s invasion is a bad thing, there are deep divisions as to how to bring the conflict to an end. Stefan Wolff, an international security expert at the University of Birmingham – who has written here regularly since the start of the war – has identified a fairly unbridgeable rift between those countries who want Russia to withdraw from all Ukrainian territory, including Crimea and the areas it has occupied since 2014, and those who want to bring Ukraine and Russia to the table to negotiate.

As you’d expect, Ukraine’s president, Volodymyr Zelensky, has been firm in his insistence that there can be no negotiations until Russia has withdrawn from Ukraine completely. He is backed in that position by most western countries. Their thinking is that basing talks on the idea that Putin and Russia might be offered any concessions in the shape of territorial gains would set a disastrous precedent by effectively rewarding force of arms.

Joseph O’Maloney, an international relations scholar at the University of Reading, has gone back over 20th-century history to give us an example of where a lack of international solidarity over Italy’s conquest of Ethiopia in the 1930s led to a policy of appeasement which was to prove disastrous when dealing with Hitler’s Germany. Meanwhile there are multiple examples of non-recognition of territorial conquest has held firm for decades, as in northern Cyprus.

In light of these arguments, it’s hard to see what the US president, Joe Biden, means when he says Putin must be given an “off-ramp”. Rod Thornton, an international relations expert at King’s College London, who served in the military and has lived in both Moscow and Kyiv, believes that, other than selling Ukraine short, there’s little the west can do to provide Putin with a get-out clause he can sell to his own backers. Thornton sees Biden’s words as both a signal to the Kremlin of the extent of the catastrophe Russia is risking and also a betrayal of lack of options available to the US when it comes to de-escalation.

Meanwhile Putin continues to escalate. It’s hard to imagine the Russian leader wasn’t personally stung by the targeting of the Kerch bridge last weekend. The bridge was a project he had consistently pushed for and personally opened, driving the first truck across the bridge from Russia to Crimea when its road section opened in 2018. So he is bound to have taken it personally. But quite apart from that, writes Frank Ledwidge – a military strategist at the University of Portsmouth – the bridge is a key strategic asset for Russia, supplying its southern offensive. 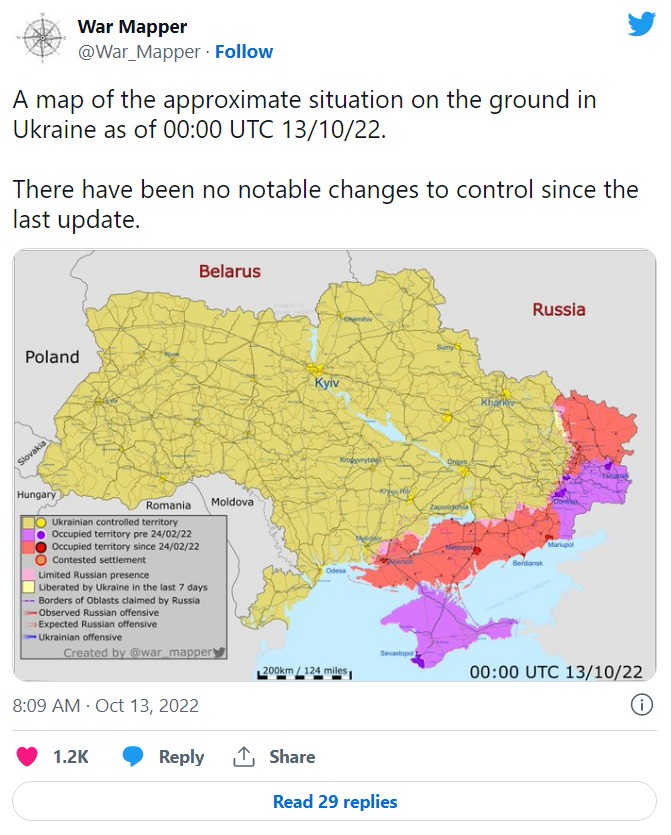 The severe damage to the bridge inflicted (we think) by Ukrainian special forces will seriously hamper Russia’s war effort and put its occupation of Crimea at risk. Ledwidge sees Putin’s decision to escalate by targeting civilians in Kyiv and other Ukrainian cities as a direct consequence of this setback.

We also have this fascinating piece by Colin Caprani from Monash University and Sam Rigby of the University of Sheffield, both engineering experts, assessing the damage to the bridge. They look at how it could be made safe to use again, concluding that work of this scale will take time and cause a great deal of disruption.

Many observers are also interpreting Russia’s decision to resume strikes against Ukraine’s cities and civilian populations as an indication of increasing pressure being felt by Putin.

Arik Burakovsky is a scholar of Russia and public opinion at Tufts University in the US. He is sceptical of opinion polls emerging from Russia showing continuing high levels of support for the war and for the president. Burakovsky says polls are now reporting that the most common emotions evoked by the war are no longer national pride but rather “anxiety, fear, horror” and “anger, indignation”.

The recent mobilisation hasn’t helped, as more and more families have or know someone directly affected by the conflict. And it’s also worth noting that Putin’s personal approval ratings have begun to fall.

Meanwhile, if the draft hasn’t helped Putin’s ratings at home, it’s hardly helping the Russian army in the field. Jack Adam MacLennan and James Horncastle, American scholars of national security and international relations, believe that shipping 300,000 reluctant and poorly trained and equipped conscripts into an already adverse military situation will further damage Russian morale and could also exacerbate their army’s growing problem with shortage of equipment.

One of the issues that has emerged regularly over the course of the invasion is that of language and the large number of Ukrainians who speak Russian as their first language. It was one of the justifications for the invasion used by the Kremlin which has taken this as a “proof” that Ukraine has always traditionally been a part of Russia. Certainly, in some part of the eastern provinces annexed recently by Russia, nearly half of the population uses Russian as its first language.

But it’s not as simple as that, writes Ievgeniia Ivanova of the University of Aberdeen, who explains the fascinating history of the Ukrainian language over many centuries.

This article was originally published in The Conversation on 13 October 2022. It can be accessed here: https://theconversation.com/ukraine-recap-russia-targets-civilians-as-the-world-argues-about-how-to-end-the-war-192461

Jonathan Este – 20 years as a reporter, columnist and editor on The Australian and the Independent. He has been with The Conversation UK since it launched in 2013. Prior to that he was communications and policy director with the Media Alliance in Australia where he specialised in media law and policy and the digital revolution in journalism.