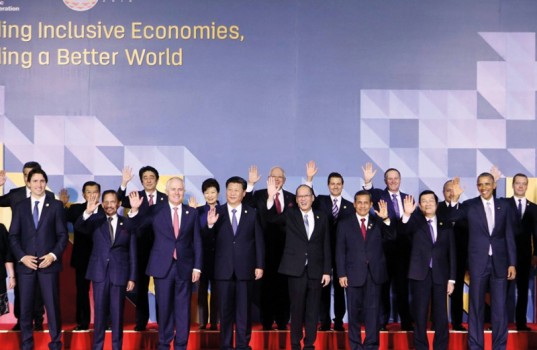 Despite diplomatic missteps, APEC 2015 could pave way to regional peace and development. The triangular perspectives of Washington, Beijing and Manila tell the story.

In Washington’s view, President Obama’s presence in the Asia Pacific Cooperation (APEC) Summit was vital to underscore America’s sustained commitment to the region. With its recovery, the US has some wind in its sails. It also enjoys the success of the Trans-Pacific Partnership (TPP) agreement, although the devil is in the details.

While all 12 participating countries are likely to ratify the agreement in the first half of 2016, the most significant risk involves passage through the US Congress amid election year. Moreover, the TPP excludes the economic engines of the 21st century: China, India and Indonesia.

Dr. Dan Steinbock is the research director of international business at the India, China and America Institute (USA) a visiting fellow at the Shanghai Institutes for International Studies (China) and at EU Center (Singapore). For more, see http://www.differencegroup.net