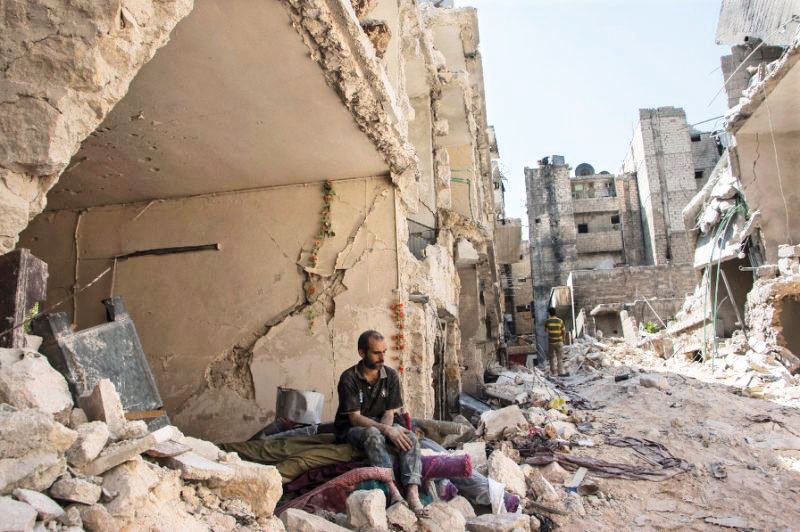 Five years have passed since the deadliest civil war of the 21st century began. Dr. Simon Mabon discusses what caused the uprising and the Curse of Aleppo that will give us a deeper understanding of the Syrian civil war.

After five years of the Syrian civil war that began with the Arab Uprisings – pro democracy protests in early 2011 – but was exacerbated by the involvement of external actors, the Syrian state lies in ruins. Few expected Syria to go the way of Tunisia, Libya, Bahrain or Egypt, with the young, pro-Western ruler Bashar al-Assad expected to offer token political reforms that would appease the protestor and remove the sting from an increasingly volatile situation. Instead, the Assad regime responded with force, violently repressing protestors and cultivating a narrative of sectarian dimensions within the protests. As Michel Foucault once argued, “a battlefront runs through the whole of society, continuously and permanently” and such a statement goes some way to characterising the Syrian conflict. Academic research on civil wars reveals the increasing durability and intractability of the conflict, which intensifies when coupled with the external interference that has made resolution increasingly difficult. And when the number of different actors within a conflict grows, the situation is exacerbated.

On the ground across Syria, the conflict is often seen in binary terms, as the regime versus the opposition. Of course, to reduce the conflict to such a Manichean outlook belies the complexity of the situation and ignores the existence of Da’ish within Syria. Moreover, within each side are a range of different actors with different perspectives and methodologies, particularly with regard to the use of violence. It is estimated that there are around 60 different organisations at play within the Syrian conflict, many of whom possess transient, amorphous relationships with one another. Of course, questions of influence and control must be asked of all relationships and this conflict is no different.

With an increasingly complex range of actors involved in the conflict, possessing multifarious incentives and desired outcomes, supported by numerous external actors, identifying the key actors within the conflict is of paramount importance when attempting to resolve the crisis. Understanding the motivations of these actors is then a primary goal before diplomatic efforts can gain traction. Yet to comprehend the involvement of these actors we must also identify the needs of actors on the ground, many of whom require financial and logistical support from powerful external actors. This concept of support is regularly referred to, yet rarely fully engaged with and is, instead, lazily used.

Amidst the fracturing of Syria’s sovereignty, understood in Carl Schmitt’s words as “he who defines the exception”, the inability of the Assad regime to exercise complete control over the Syrian state meant that uprisings would result in existential questions about the future of Syria.
Please login or register to continue reading...
Go to top

Dr. Simon Mabon is Lecturer in International Relations and Director of the Richardson Institute at the University of Lancaster, and a Research Associate at the Foreign Policy Centre. He is the author of Saudi Arabia and Iran: Soft Power Rivalry in the Middle East (2013 and updated in 2015), co-author of Hezbollah: From Islamic Resistance to Government (2015) The Origins of ISIS (2016) British Foreign Policy After WWII (2017) and co-editor of Terrorism and Political Violence (2015) and People Sects and states: Interrogating Sectarianism in the Contemporary Middle East (2017).